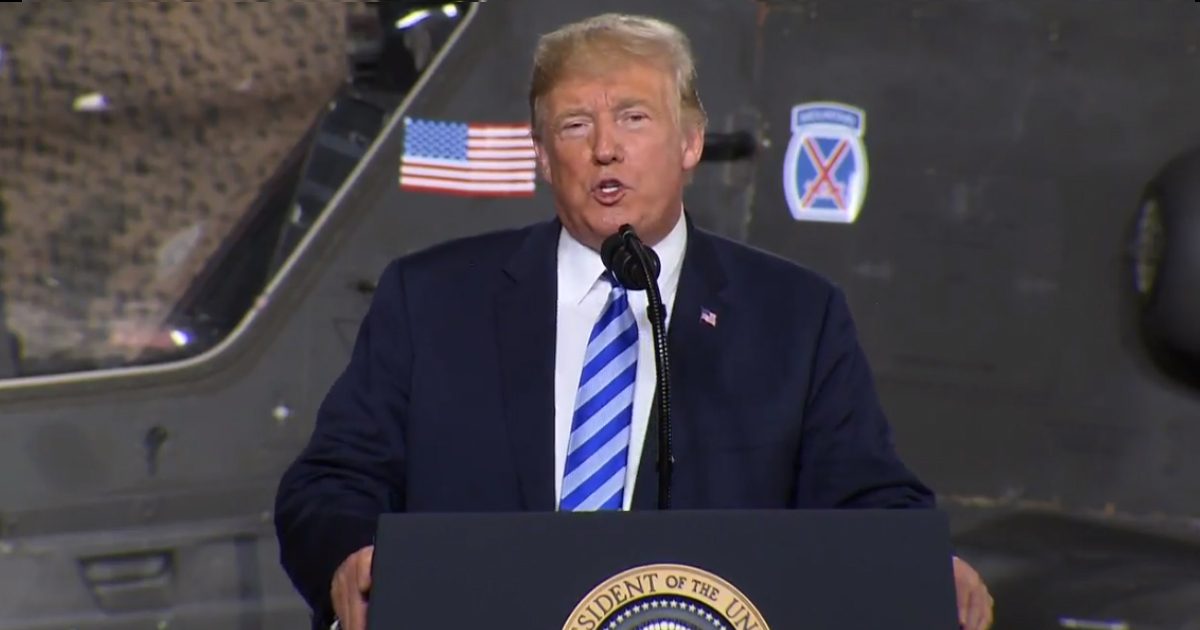 In fact, he didn’t even say the name of the Authorization he was signing. He never uttered McCain’s name.

But Sen. McCain is part of this bill, not just in name, mentioned or not. The ailing Republican Senator issued a statement today. His wife, Cindy McCain, tweeted just after the signing to capture that moment.

I’m so proud of @SenJohnMcCain and his work on NDAA. Incredibly humbled at the naming of this after my husband.

The answer was “no”, he would not.

The Defense bill signed by Pres Trump is named to honor @SenJohnMcCain, but @POTUS did not mention him during his speech. pic.twitter.com/voxJg1ACXL

For his part, Sen. McCain, the war hero veteran for whom the Act was named, issued his own statement, which begins with the words “President Trump.”

I'm proud the NDAA is now law & humbled Congress chose to designate it in my name. As Chairman of the Armed Services Cmte, I've found high purpose in service of a cause greater than self—the cause of our troops who defend America & all that she stands for. https://t.co/Gco9E57HdC