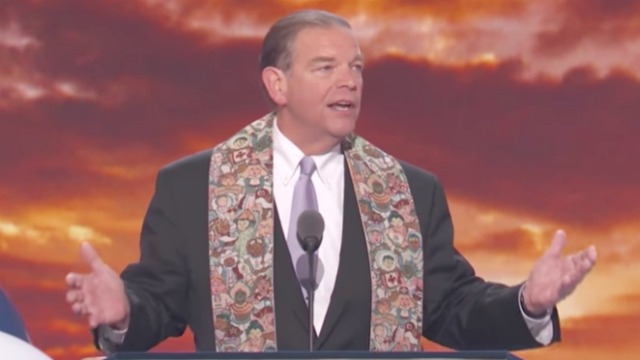 The publisher of a book written by Hillary Clinton‘s longtime pastor is pulling the book entirely after discovering portions of the book were plagiarized.

There were reports last month that parts of Strong for a Moment Like This: The Daily Devotions of Hillary Rodham Clinton, written by Rev. Bill Shillady, were plagiarized from “the writings of another minister.”

Abingdon Press conducted a review of the book, and now, CNN reports, they are discontinuing the book after finding “examples of plagiarism beyond those reported by CNN last month”:

CNN’s report triggered an “extensive review” of the book, said the Rev. Brian Milford, the president and publisher of The United Methodist Publishing House, which owns Abingdon Press, the book’s publisher.

Abingdon Press was “alarmed to discover other content unattributed by the author,” Milford continued in a statement.

“Abingdon Press has zero tolerance for plagiarism. Consequently, we have discontinued sales, will remove existing copies from all sales outlets, and will have them destroyed along with our existing inventory.” Milford said the publisher is contacting all writers and contributors involved.

Shillady himself said in a statement, “I deeply regret my actions. I was wrong and there is no excuse for it. I apologize to those whose work I mistakenly did not attribute. I apologize to those I have disappointed, including Secretary Hillary Clinton, Abingdon Press, and all the writers and others who have helped me publish and promote this book. I ask for everyone’s forgiveness.”