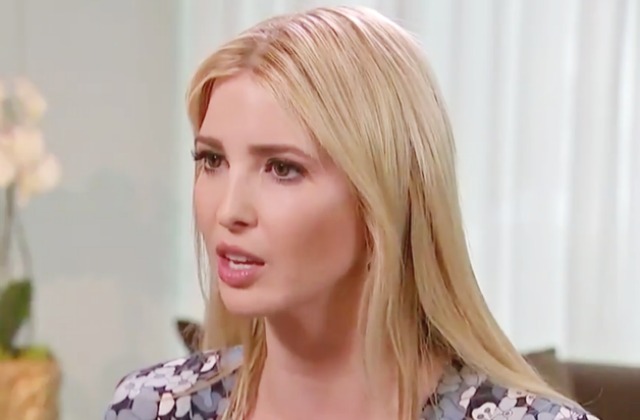 President Trump met with Congressional leaders today and at one point his daughter walked into the room. And apparently Republicans weren’t happy that the entire meeting went off-topic as a result.

Trump met with top Democrats and Republicans to discuss a number of important subjects, including the debt ceiling and government funding.

But when Ivanka Trump showed up, Republicans in the room were unhappy:

Aide with knowledge: "Toward the end of the meeting Ivanka Trump entered the Oval Office to 'say hello' and the meeting careened off topic."

Hill aide said Ivanka Trump came in to Oval during WH meeting to say hello and the meeting careened off topic.

From an aide briefed on the Trump/Congressional leader meeting ? pic.twitter.com/7wzkO0mdz7

UPDATE –– 3:16 pm ET: A spokesperson for Ryan is disputing the characterization of Republican reactions:

Ryan spox @AshLeeStrong on whether Republicans were perturbed by @IvankaTrump’s presence in White House meeting: "That’s not true."