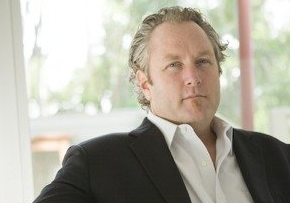 The shocking passing of Andrew Breitbart is still sinking in. Words are difficult, but the writer in me insists on trying. Memories are the way we keep people alive, and my early reaction to this grief is that my memories of Andrew will flee if I don’t immediately freeze them. I apologize in advance if they’re less-than-eloquent, or even less-than-sensical.

I first learned of Andrew’s passing when my editor, Nando Di Fino, g-chatted me a link to this Big Journalism post, and my first reaction, upon seeing the headline and the photo of Andrew, was “What’s the gag?”

That reaction was more than just the typical five stages denial, it was a product of Andrew’s mischievous spirit and Barnum-esque knack for creating a stir. I scanned that page looking for the punchline, that Breitbart had been assassinated by the media, or something like that. I suppose my denial was its own grim punchline.

Media people can be difficult to reach, especially high-profile ones, but one of Andrew’s quirks was that he was constitutionally incapable of not answering his phone. Even when he was someplace where he had no chance of hearing you, he’d still pick up. Realizing that the report was for real, and full of questions, I had this weird moment where I thought “Well, it’s a Big Journalism story, let me call Andrew up, see what the real deal is.”

The last time we spoke was at CPAC, when he literally ran into me while rushing off of an escalator. I grabbed him to steady myself, and joked something like “Why don’t you watch where the f**k you’re going? You trying to kill me?”

He whirled to apologize, saw it was me, and with an eye-rolling smile, shook my hand. He was in a huge rush, and we hastily talked about catching up later. I can’t remember exactly what he said, just that he spoke my name when he recognized me. I really wish I had paid closer attention, and that empty space in my memory is a chilling reminder that you’re never guaranteed a next word.

The last time I saw Andrew was the following day, as he was walking away from Liz Glover. I stayed to film the tail-end of a kerfuffle between Glover and Dana Loesch, and never saw him again. At the time, I figured I would see him the next day, but ironically, my own poor health and exhaustion caused me to leave the conference that night.

The first time I met Andrew was at CPAC in 2010, although we had spoken at length on the phone and via email for months, mostly about the ACORN story. I was in the bar at the Marriott Wardman Park Hotel having drinks with Ed Morrissey and Mary Katherine Ham, as I recall, and Andrew walked up with a couple of his business partners. He was loose and friendly, and I was kind of a jerk, trying to start an argument with him when he made a joke about Rachel Maddow. That’s the big difference, I think, between the public and private Andrew Breitbart; he didn’t take the bait.

Things went quite a bit differently a few hours later, when I approached Andrew for an impromptu interview. Some might call it an “ambush interview,” but “ambushing” Andrew Breitbart with a video camera is like ambushing a tiger with a t-bone steak:

I’m not sure I ever thanked him for that, but I should have, because that clip did more for my liberal rep than the two million words I had spent years writing. Through the years we knew each other, there would be other feuds, as well, and even though I considered Andrew a friend, they were all very, very real.

However, that’s not the Andrew Breitbart that I want people to remember, nor is it the me I want people to remember. One-on-one, in calmer moments, he was a guy you could really talk to, and he had a personal warmth that didn’t necessarily gibe with his public persona. I think I came close to capturing that contrast when I interviewed him at the following year’s CPAC. We were having lunch with Lee Stranahan and liberal blogger Mike Stark, a 3-to-1 liberal to Breitbart ratio, when I decided to let my ever-present camera roll. I ended up with about an hour of footage (which I’ll try to find and post in its entirety later), including this much more sedate version of the question that set off our first confrontation:

I’m still trying to sort this all out. Forty-three is such a young age to die, a year younger than bum-tickered me. The other thing about Andrew Breitbart is that the guy just never stopped, never slowed down, I’m not sure he even ever slept. It’s that perpetual motion that makes this news that much harder to believe. I wish I had some kind of eloquent conclusion to drop in here, but I don’t. I’m just really sad, and my thoughts are with his family and friends.