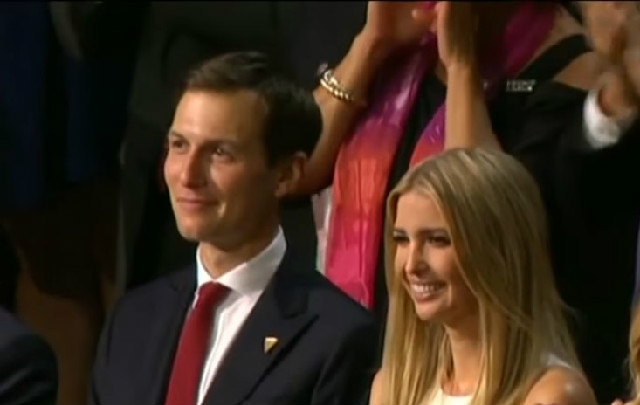 Over the past week, there were reports coming out that the White House was passing around a draft executive order that would have expanded legal exemptions based on religious beliefs and and rolling back LGBT workplace rights granted by the Obama Administration.

However, on Tuesday, the Trump Administration released a statement explaining that the Obama protections for the LGBT community would remain in effect, briefly calming those concerned about the reported upcoming action. And it appears that the president’s daughter and son-in-law were largely responsible for nixing the executive order.

According to Politico, Ivanka Trump and Jared Kushner led efforts to sink the draft, especially in the wake of progressives publicly expressing worries over the potential executive action.

Jared Kushner and Ivanka Trump helped lead the charge to scuttle a draft executive order that would have overturned Obama-era enforcements of LGBT rights in the workplace, multiple sources with knowledge of the situation told POLITICO.

A draft executive order on LGBT rights — which outlines how to roll back former president Barack Obama’s protections and expand legal exemptions based on religious beliefs — has been circulating among journalists and worried progressive groups this week.

They were also the ones, per sources, that pressed the White House to release a statement saying the administration would uphold the Obama order.

The report further noted that a White House official downplayed how close the draft was to actually making it to President Trump’s desk, saying it was just one of 200 that were under consideration, of which some are just “ideas people from outside have suggested.”