GOP Legislator Says Hillary Should be ‘Hung’ on National Mall for ‘Treason, Murder’

GOP Legislator Says Hillary Should be ‘Hung’ on National Mall for ‘Treason, Murder’ 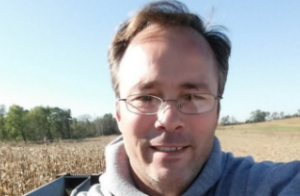 On Friday night, a member of the West Virginia House of Delegates tweeted that Hillary Clinton ought to be publicly “hung” outside the United States Capitol in Washington D.C.

Michael Folk is a United Airlines commercial pilot and representative of Berkeley County. Last night, he gave quite the description about what Clinton should get at the National Mall for her “treason, murder, and crimes against the US Constitution.”

@HillaryClinton You should be tried for treason, murder, and crimes against the US Constitution… then hung on the Mall in Washington, DC

WOAY TV reported that Folk’s implications have earned him concern from both his constituents and from the FBI. His original tweet has received plenty of criticism for demanding that Clinton receive capital punishment.

@MichaelFolk34 Wow, & u should be disqualified from public service. In fact, u should be in jail 4 threatening the life of a POTUS candidate

@KneelsTweets Thanks for bringing this to our attention, James. We will be following up with the appropriate internal teams. ^NJ

Still, Folk’s follow-up tweets indicate that he won’t be walking things back any time soon.

Go to bed after watching US Intel IG testify before Congress, tweet my thoughts, left has panic attack because truth hurts! #wvpol #wvlegis

Hillary supporters coming out of the woodwork this morning… #GOP