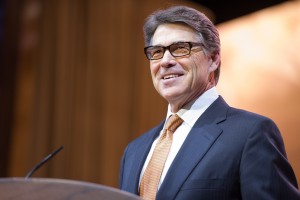 Following the Republican National Convention, it seems that most Republicans are falling in line with nominee Donald Trump and his policies. Former Texas Governor Rick Perry, for example, is now defending Donald Trump’s controversial comments about NATO.

Trump first brought up his controversial claims that smaller NATO countries should be paying for their protection rather than the United States giving it to them for free. Trump’s comments mainly focused on defending the Baltic States from a potential Russian invasion. These comments were met with significant criticism from other nations in NATO, and from the Democrats. However, Perry made the decision to defend the comments by saying they did not represent the full story of what Trump wants to do with NATO

“Well, I don’t have a problem having a conversation about NATO, our role in NATO, and what our NATO allies have not been doing,” said Perry according to Buzzfeed.

“And, I think that’s really what Donald Trump’s talking about there from my perspective, is, we should have a conversation. If you’re gonna be in NATO, here’s your responsibilities, if you don’t live up to those responsibilities you need to get out,” he continued.

Perry finished by saying that NATO should be given a strict set of guidelines that all countries must follow to receive protection from the United States.

“We need to clearly send a message to these NATO partners that, here’s the rules, here’s the way you’re gonna operate within NATO, and if you can’t do that, then we really need to have a conversation, ‘is NATO the organization that we need to be engaged with and what is everybody’s responsibilities gonna be.’”

You can listen to the interview with Perry on the radio show Kilmeade and Friends above, via via Buzzfeed.