What? Samantha Bee Producer: We Have No Liberal Bias, We Just Tell The Truth
Opinion

What? Samantha Bee Producer: We Have No Liberal Bias, We Just Tell The Truth 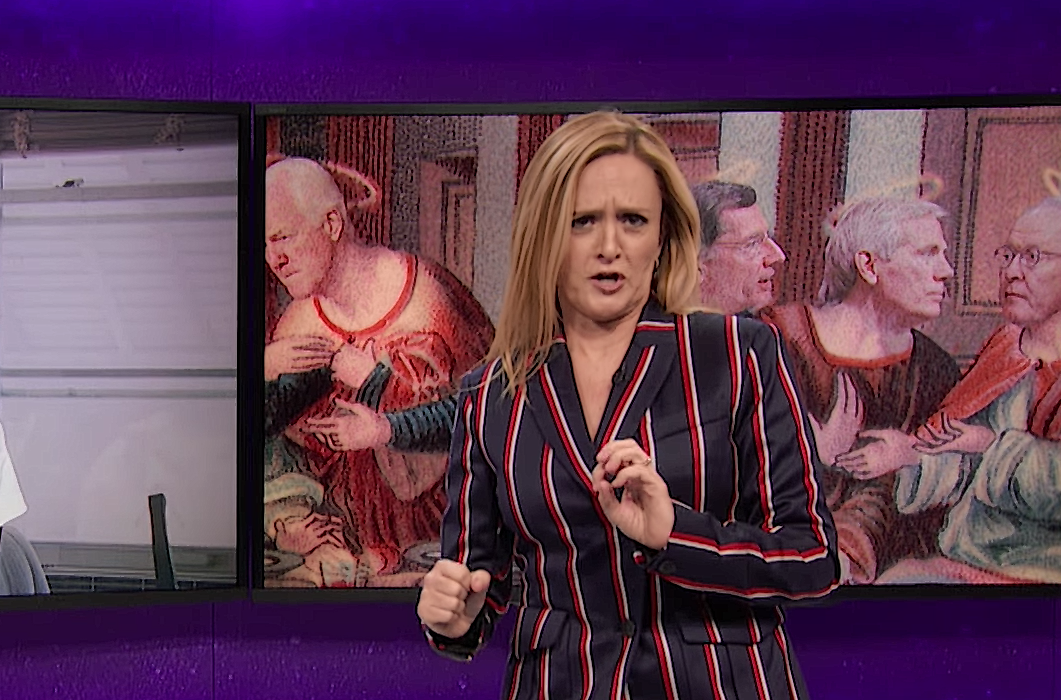 You know those previews for that show with some really annoying woman telling very unfunny jokes about Donald Trump you see when you’re watching Seinfeld re-runs on TBS? That’s Samantha Bee. And for the first time ever, someone involved with TBS’ alleged comedy show Full Frontal with Samantha Bee was actually funny.

“We are passionate about feminism, and civil rights, and justice, and black lives, and women’s lives-but we’re radical centrists. And we’re not party affiliated. I think you’ll find a lot of our values reflect left of center rather than right of center, but to characterize us as partisan or liberal is lazy and it’s just something that people do who don’t watch the show. And I think it’s also galvanized by the right wing trolls who do hate us, and want a clickbait narrative”, Miller said of the program that airs around the same time as the completely non-partisan Fox News show Hannity.

It’s the right-wing trolls and not the shows content that might lead some to believe they are partisan?
We can’t judge a woman who once chastised her own network just for making fun of Hillary Clinton’s laugh as partisan?

According to Miller,”We have an office full of trained journalists here, and academics, who are very serious about following the truth wherever it leads us.”

That’s the old, “we would love to make fun of Obama more but it’s just so hard with him being almost perfect and all” defense. If only people like Nancy Pelosi or Maxine Waters ever did something we could make fun of.

Miller added, “So I think the fact that we are left of center just reflects where center has moved to these days. . . ‘Black people shouldn’t be shot for sitting in their cars’ should not be a partisan position.”

You see, they aren’t partisan or liberal, they are just telling the absolute truth. If you don’t think the police murder black men for absolutely no reason then that’s your problem but it doesn’t mean we have a political agenda.

According to Vanity Fair, “Bee’s weekly episodes offer a distinct voice within late night’s increasing bevy of comedians and monologues. Her trademark rage and fearless candor are singular, and Bee can often be found chasing stories that others neglect to cover— both light-hearted ones, like Ivanka Trump’s book, and serious ones, like the current administration’s apparent intent to destroy the environment.”

While the rest of the late night comedy shows were busy singing the praises of the Trump administration, the super edgy Full Frontal decided to go a different, very “distinct” route and actually criticize the universally beloved President. They are so brave.

Miller added, “When we burst onto the scene back in February [of 2016], we said exactly what we thought. We never pulled punches, ever. And we never focus-grouped in our head and worried who’d like it, and who wouldn’t like it, and how it would land, and who it would offend.”

The only thing crazier than claiming to be rebellious and free-spirited is that there is a chance that Miller and others actually believe it.