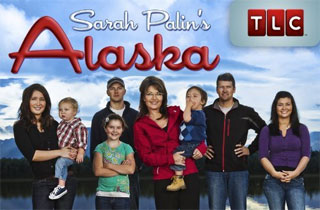 This weekend, Sarah Palin and many members of her family were reportedly involved in a big ol’, 20-person drunken brawl at a Wasilla snowmobile party, which, if you’re playing Palin bingo, means you’ve won.

Anchorage police confirmed that an incident had indeed occurred, and that the Palins were definitely there, and it was real nasty. “None of the involved parties wanted to press charges at the time of the incident and no arrests were made,” they added, but did not disclose names. “Alcohol was believed to have been a factor in the incident.”

But that’s not enough detail! We need detail! We need elaboration! We need exactly why Sarah and Todd and Track and Willow and Bristol and etc. were there, and whether they said any nasty words, and if six-year-old Trig Palin choked a snitch!

Thankfully, the local Alaskan gossip bloggers are on the case, and their sources all seem to tell the same story. As The Immoral Minority tells it, the Palins had attended an Iron Dog snowmobile party, and drank a bit of alcohol. “I don’t know for sure who started it, but I do know that the Palins done ended it,” they wrote:

According to the grapevine Track had some altercation with a person who may or may not have once dated one of the Palin girls. That led to some pushing and shoving, which escalated somehow to the family being asked to leave the premises.

However before that could happen a certain former abstinence spokesperson unleashed a flurry of blows at some as of yet identified individual before being pulled off by by another partygoer, after which Todd apparently puffed up his chest and made some threatening remarks. (The “C’ word may have been uttered at one point.)

In the end the cops were called, order was restored, and the Mama Grizzly made sure the whole thing got swept under the rug.

Other accounts have Bristol punching a bunch of dudes, Todd nursing a bloody nose, and the following exchange recounted by Amanda Coyne:

It’s something to hear when Sarah screams, “Don’t you know who I am!” And it was particularly wonderful when someone in the crowd screamed back, “This isn’t some damned Hillbilly reality show!”

The truth will eventually come out. The likelihood of the truth being more insane than this gossip is pretty high.

UPDATE (9/12/2014): Alaskan political blogger Amanda Coyne has a very thorough account of what went down last Saturday, including eyewitness interviews and colorful detail. Did you know the Palins travel everywhere in a stretch Hummer, and wear sunglasses indoors at night?