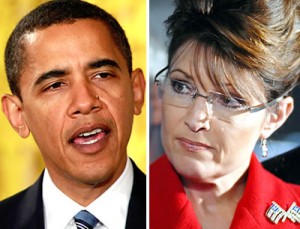 The Supreme Court upheld President Obama‘s health care reform mandate today — including the contentious individual mandate. Specifically, that mandate was was upheld as a tax. Reacting, Sarah Palin said Obama “lied to the American people” when he said it wasn’t a tax.

UPDATE: Palin posted her statement on her Facebook page:

Thank you, SCOTUS. This Obamacare ruling fires up the troops as America’s eyes are opened! Thank God.

This proves to be such an unsettling time in America as we undergo the fundamental transformation that Barack Obama promised he would do to us if elected. Obamacare was dealt in deception and confusion by flooding the public with an overwhelming amount of conflicting “rationale” via thousands of pages of unread legislative detail, which is the radical left’s M.O. Obama promised the American people this wasn’t a tax and that he’d never raise taxes on anyone making less than $250,000. We now see that this is the largest tax increase in history. It will slam every business owner and every one of the 50% of Americans who currently pay their taxes. The other 50% are being deceived if they think they’re going to get a free ride – because Medicaid is broke. Recipients of Obama’s “free health care” will have fewer choices and less accessibility. Trust me – this much more expensive health care WILL be rationed; to claim otherwise defies all economic and common sense.

We will not retreat on this. A newly elected legislative branch is key to defending our Republic and fundamentally restoring all that is good in America.

SCOTUS now rules this is a tax? Well, Congress has the ability to create taxes – and also has the ability to rescind them. Upon their return from the July recess, Congress should act immediately to repeal this terrible new tax on the American people, and indeed they must repeal all of Obamacare. This is the most brazen and sweeping new tax and government overreach imposed on us. We the People did not ask for this tax, we do not want this tax, and we can’t afford this tax. This is not an answer to America’s health care challenges.

It’s time, again, for patriotic Americans to rise up to protest this obvious infringement on our economic and personal freedom. November is just around the corner. Today, the Supreme Court issued their ruling on Obamacare. In November, We the People will issue ours.