Steve King Fires Back at Critics: Some People ‘Have to Look at Everything Through the Race Lens’
audio

Steve King Fires Back at Critics: Some People ‘Have to Look at Everything Through the Race Lens’ 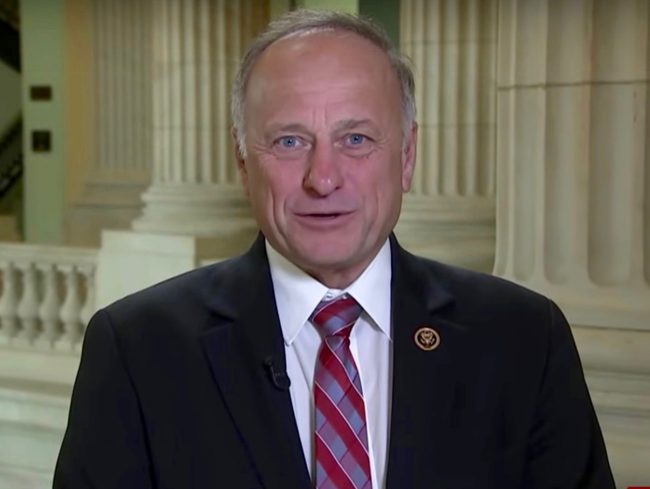 Congressman Steve King (R-IA) continues to battle with critics after a Tweet on Sunday in which he wrote, “We can’t restore our civilization with somebody else’s babies.”

Appearing Monday night on SiriusXM’s The David Webb Show, King accused people of “playing the race card” for their own political gain.

“[W]e have people that are playing the race card and are capitalizing on it politically,” King said. “They have to look at everything through the race lens, and then they conflate race and ethnicity.”

King stated his belief that 2016 democratic Presidential nominee Hillary Clinton tried to assemble a “victimization coalition” for her political gain.

Hillary Clinton was trying to put together the most detailed victimization coalition in the history of America. Her husband started it when he named a cabinet that quote “looks like America.” He didn’t go for the meritocracy, he went for the cabinet that looks like America. And we saw Barack Obama play those cards over and over again throughout his eight years, and Hillary Clinton intended to pick up on that. She went a long ways down there, and now look at the divisions we have in America because of it. We need to get rid of that and look at our western civilization, of which America is definitely the leader, the flagship now for western civilization, and we’ve got to restore it and strengthen the values that made us the unchallenged greatest nation on the planet.

King, meanwhile, continue to deal with the fallout over his comments, as House Speaker Paul Ryan and other republicans have criticized King for his Tweet.