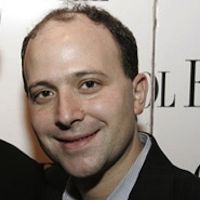 Glenn Beck is on the record as saying that he doesn’t belong to any political party, but it’s fair to say that he really, really does not belong to the Democratic Party. Since Obama has taken office, Beck has called him a racist socialist, compared him to Hitler, and successfully called for the heads of some of his “czars.”

So how is it that he wound up with a PR rep whose résumé includes successful representation for a number of Democratic politicians, including “a key role in electing Hillary Rodham Clinton to the U.S. Senate”?

Gawker, a site usually noted for its cloying, sunshiney attitudes towards PR people and Republican politicians, calls Hiltzik a sellout: “it’s almost as though Hiltzik is more interested in making money, or accumulating power, than in devoting his life to advancing the political ideals he has claimed in the past to endorse,” sez John Cook.

Though Hiltzik’s fence-crossing is a little surprising, that’s an uncharitable take, to say the least: From the start, the profile paints Hiltzik as a man of action rather than a dewy-eyed idealist, and political operatives are called ‘operatives’ for a reason. In DC, campaign professionals regularly jump from candidate to candidate to stay in the hunt.

Say what one will about Hiltzik, but the amount of ink and links spent on his client over the past year show that he’s definitely doing his job.