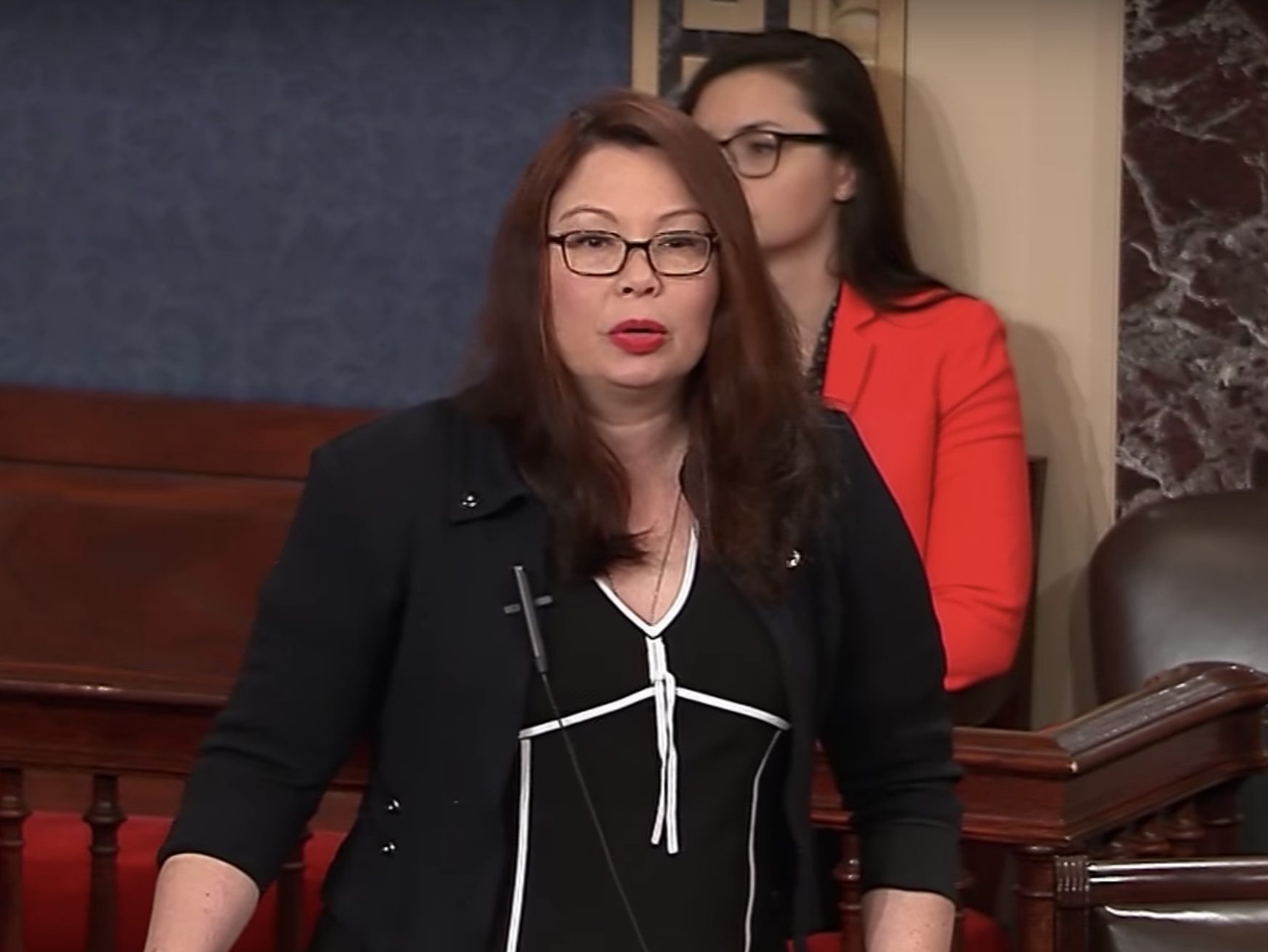 And she’s the first-ever child to be birthed by a sitting United States Senator.

According to the Chicago Sun-Times, Sen. Tammy Duckworth (D-IL) gave birth to a a baby daughter on Monday — Maile Pearl Bowlsbey. Maile Pearl is the second daughter for the Illnois Senator — who turned 50 last month.

There have been 10 women who have given birth while serving in Congress. But until Monday, that listed was comprised exclusively of House members. Duckworth’s first daughter, Abagail, was born in 2014 while Duckworth was still serving in the House. She won her Senate seat in 2016.

Bryan, Abigail and I couldn’t be happier to welcome little Maile Pearl as the newest addition to our family and we’re deeply honored that our good friend Senator Akaka was able to bless her name for us—his help in naming both of our daughters means he will always be with us. https://t.co/KXyNf65KxA

Pearl Bowlsbey Johnson was Bryan’s great Aunt, an Army Officer & a nurse who served during the Second World War. He spent many summer months with her while growing up, we feel her presence still and are grateful for her service to our nation during the most challenging of times.

We’re also so grateful for the love and support of our friends and family, as well as our wonderful medical teams for everything they’ve done to help us in our decades-long journey to complete our family.

In a statement published by the Sun-Times, Duckworth said: “Parenthood isn’t just a women’s issue, it’s an economic issue and one that affects all parents — men and women alike. As tough as juggling the demands of motherhood and being a Senator can be, I’m hardly alone or unique as a working parent, and my children only make me more committed to doing my job and standing up for hardworking families everywhere.”