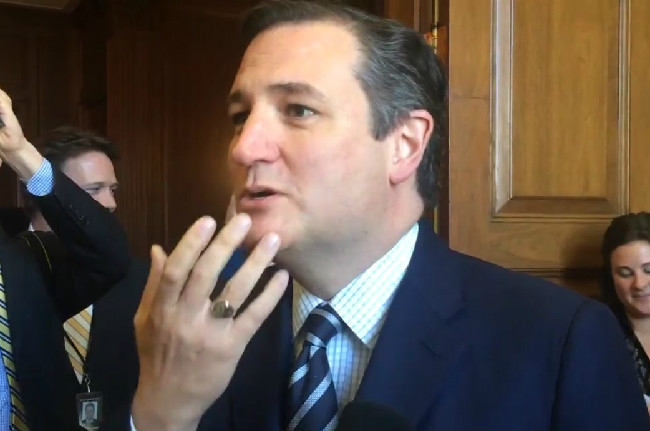 As we, the huddled masses, fearfully anticipate this week’s looming government shutdown, let’s remember the halcyon days of 2013, when the wheels of America ground to a halt for more than two weeks.

How in the heck did that happen? The two chambers of Congress created a “funding gap” by failing to appropriate spending for the federal budget. This was largely due to repeated attempts by Republicans to enshrine the defunding of Obamacare as part of the budget. Democrats, in turn, passed resolutions to ensure the law remained unscathed. Nobody could agree on anything. It was a giant clusterf***.

Many, on both sides of the aisle, blamed Sen. Ted Cruz for the shutdown, turning him into something of a pariah in his own party, with the official line being that he moved the shutdown along as an attempt to build his personal profile, without any strategy as to how to end it.

Cruz advocated for a shutdown on several occasions, most famously during his 21-hour filibuster, in which actually read aloud Dr. Seuss’s classic Green Eggs and Ham.

Cruz appeared on the radio today with Todd Starnes and accused the Democrats of quite literally wanting the government to shutdown.

“I think Chuck Schumer and the Democrats want to see a government shutdown,” he said, presumably with a straight face, though being on the radio, one can never tell.

“I think politically their base, the far left, is so angry at the president, they hate the president and they’re demanding democrats resist, oppose, fight, obstruct.”

It didn’t take long for Twitter to notice that the guy who once urged a government shutdown was now trying to use one as a political cudgel.

Cruz also sadly noted that the continuing resolution, which if allowed to expire would spur the shutdown, occurs on his birthday (tomorrow) and that “not a single Democrat” voted for the tax bill, which he called “completely unprecedented.”