Texas Lawmaker Confuses Rape Kit With Abortion, Thinks You Can Get Both In ER

Texas Lawmaker Confuses Rape Kit With Abortion, Thinks You Can Get Both In ER 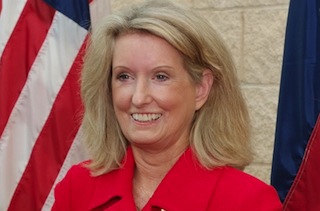 Texas State Representative Jodie Laubenberg brought the GOP’s Days Without A Rape Reference board back to zero on Monday.

During a debate to pass SB5, which would enact some of the harshest abortion restrictions in the naton, the bill’s coauthor said, “In the emergency room they have what’s called rape kits where a woman can get cleaned out,” adding, “the woman had five months to make that decision, at this point we are looking at a baby that is very far along in its development.”

Laubenberg confused a rape kit, which collects evidence of sexual assault, with an abortion procedure.

The bill would shutter all but five abortion clinics in Texas by imposing harsh restrictions on the doctors and clinics. The Texas legislature took up the bill in a special session called by Governor Rick Perry; various abortion bills had been rejected during the regular session, but the rules for what can pass a special session are looser. Still, the legislation must pass both chambers and be on Perry’s desk by Tuesday evening for him to sign it, and Democratic legislators are considering a filibuster to prevent this.

As Wonkette points out, Laubenberg’s comments were not only wrong but rather odd: “Rep. Laubenberg also deserves a prize for the strangest description of an abortion to ever come from a ‘pro-life’ person, and the worst euphemism for abortion since that line in ‘Hills Like White Elephants’ about ‘letting the air in.'”