‘That Was Some Weird Sh*t’: George W. Bush Reportedly WTF on Trump Inauguration

‘That Was Some Weird Sh*t’: George W. Bush Reportedly WTF on Trump Inauguration 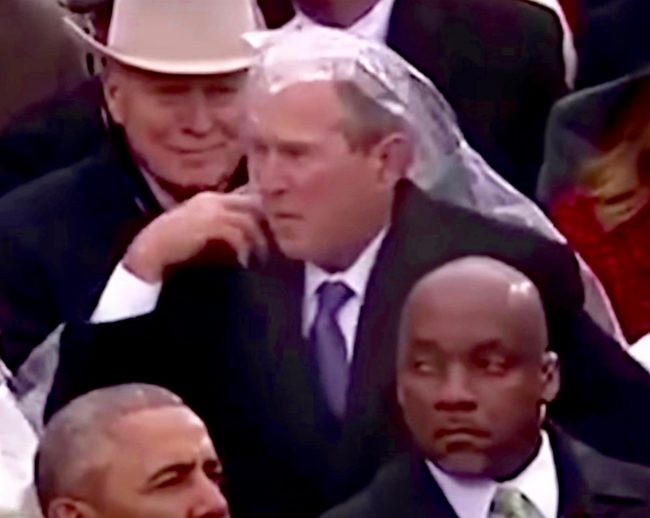 New York magazine, citing three sources who were present during the ceremony, reports that 43 had a completely candid reaction to the proceedings as he exited the dais.

“That was some weird shit,” Bush said, according to New York‘s sources.

Bush has offered minimal public comment on the Trump Inauguration — apart from discussing his infamous struggle to put on a poncho. (Asked by Ellen DeGeneres if it was his first time putting on a poncho, Bush said, “It looks like it, that’s for sure!”)

During a recent appearance with Jimmy Kimmel, the comedian pressed Bush on whether it was awkward for him to attend the inauguration, given Trump’s frequent vitriol towards Bush’s brother, Jeb Bush, during the campaign. The former president, publicly, demurred.

“I’ve been through a number of campaigns,” Bush said. “And I’m pretty well used to all that stuff.”

Evidently, though, per New York‘s reporting, he wasn’t used to anything quite like that inauguration.