The Unsettling New Era Of The Individual Journalist

The Unsettling New Era Of The Individual Journalist

Let’s get one thing out of the way up front. No one doesn’t have an opinion on things they know something about. I may have no opinion on who the best NASCAR driver is (and I don’t) but that would certainly change if I started paying attention to the sport. Coming in to last month, I had no opinion on the nation of Uruguay, much less its soccer team. On Tuesday, though, I rooted for them – because I’ve been watching the World Cup.

You probably suspect where I’m going with this: Octavia Nasr. We’ll get there. First, though, let’s discuss Dave Weigel.

Weigel is the online columnist from the Washington Post who, until late last month, was charged with covering the conservative movement in the United States. Until, that is, someone leaked emails he’d sent to a not-small email group founded by Ezra Klein called Journolist. In the emails, he takes umbrage with Matt Drudge and Ron Paul supporters among others, suggesting the former die in a fire. Weigel gave his resignation shortly thereafter with a Palin-esque rationale – that the effort in rebutting the furor that ensued was not worth it for his employer.

Journalism professor and wonk Jay Rosen was among those who noted that the opinions on Weigel’s decision and he criticism he’d received broke down along what we could call generational lines. Those reporters who matured in the offline world were more likely to criticize Weigel’s emails than those forged in the world of the web. The latter were typically more forgiving than the former. Their argument was often along the following line: in the same way that Facebook and blogs are re-shaping what employers expect of applicants, the prevalence of social media tools and public opinion-sharing will reshape expectations around journalist neutrality. 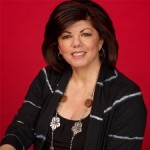 Let’s jump to Octavia Nasr for a moment. As Mediaite revealed yesterday, Nasr, a twenty-year veteran of CNN, was fired after a tweet generally interpreted as sympathetic to a leader of Hezbollah. Nasr disputed that interpretation – but it didn’t matter. CNN, under pressure, pulled the trigger.

Consider the generational difference here. Nasr, an established reporter, didn’t misunderstand the rules of neutrality. Rather, she claims to have tripped over the technology, stating that the incident “provides a good lesson on why 140 characters should not be used to comment on controversial or sensitive issues.” Nasr’s protocol breach was less about the statement than her failure to appreciate the medium. (That it dealt with the particularly mine-laden realm of Middle East politics certainly didn’t help.)

Yet the cases are oddly analogous: reporters leaving their positions (willingly or not) after sharing their opinions in ways deemed by many to be indiscreet. Which brings us to where I was really headed from that opening paragraph.

Both the Nasr and Weigel incidents come in the midst of a very pertinent debate prompted by Rosen. In a column on his blog Pressthink, he detailed the false dichotomy that often exists within political (and other) reporting; i.e., the idea that one must hew to a middle, neutral ground on all issues and, more awkwardly, create one where none exists. In the essay, Rosen also clearly defines a number of the terms that his Twitter followers may be familiar with, like “the view from nowhere,” which he uses to describe the often-artificial neutral ground from which journalists think they view the world. 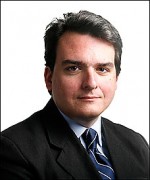 Rosen’s language here is tricky. He conflates an “it’s neither” response with the “easy question” group, but then presents the “it’s neither” viewpoint as follows:

Look, it’s very simple, our journalists say. The press isn’t on the side of the left or the right. Of course, journalists are human. They have passions, they have interests, they have opinions. But these are irrelevant to the way they define and do their job, which is to find out what’s happening and tell the world about it. Ideologues don’t make it very far in political journalism.

How about this? The press is a group of individuals who come to the work from different backgrounds and with different motivations, and who report for organizations that have different backgrounds and motivations. A reporter may have a libertarian motivation and work for an established organization that is motivated to appear neutral. Another may be moderate politically and work for a media company that is pushing a conservative agenda. These things happen; we are not all tenured professors. (My turn to be patronizing.) Those motivations and backgrounds are not irrelevant – nor are they always tacit. So where does this view fit? 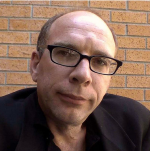 Rosen notes that he’s generalizing, that there are differentiations within the groups. Sure, there’s not much breathing space for my worldview, presented above, but these categories, while polarizing, aren’t the point of the article. And, besides, I suspect Rosen largely agrees with my formulation.

I say that because the Atlantic‘s Marc Ambinder asked a series of clarifying questions, to which Rosen responded with a post that is probably more instructive for practicing journalists than the original. He sums up his recommendations for political journalists (though they apply more broadly than that), the first two of which are:

Transition from the institutional voice to the individual journalist with a voice. This is already happening. The “voice of god,” a disembodied language in which the news came to be presented, is slowly being phased out while the opportunities for journalists to speak with voice and interact as human beings are on the rise. The symbol of this shift is the reporter who also blogs, but an even better marker is the blogger who is hired to do a job that a “straight” reporter might have done before, as with Ezra Klein covering health care reform and other wonkish subjects for the Washington Post. During the dramatic battles of 2009-10, Klein had no trouble making his views known on health care reform and reporting with credibility on the issue, a combination once thought impossible.

Gradually replace the view from nowhere with “here’s where I’m coming from.” The weakening of the institutional voice is good news for those who would like to find a better solution to the (tricky) problem of ideology in political journalism. The discovery that users want to make a connection to the people who bring them the news is also useful. These developments prepare the ground for the bigger and harder shift that awaits political journalists, which is to abandon the View from Nowhere as a means for generating trust and replace it with “here’s where I’m coming from,” which is a different—and, increasingly, a more plausible—way of generating trust.

(It is very much worth your time to read them all.)

In other words, Rosen suggests journalists create an understanding with their audience of background and motivation – and report from that authentic space.

Last month, I wrote a piece that considered the philosophy of Michael Kinsley. Kinsley made a similar argument about the role of a journalist with a voice. In his words:

Much of today’s opinion journalism, especially on TV, is not a great advertisement for the notion that American journalism could be improved by more opinion and less effort at objectivity. But that’s because the conditions under which much opinion journalism is practiced today make honesty harder and doubt practically impossible…. TV pundits need to radiate certainty for the sake of their careers. As Lou Dobbs has demonstrated, this doesn’t mean you can’t change your mind, as long as you are as certain in your opinion today as you were of the opposite opinion a couple of days ago.

But if opinion journalism became the norm, rather than a somewhat discredited exception to the norm, it might not be so often reduced to a parody of itself.

Kinsley, in discussing Dobbs, raises an additional important point I touched on earlier. What about the media companies?

The Post decided to accept Weigel’s resignation. CNN fired Nasr. What if they hadn’t? How would making different decisions have reflected on their other reporters? How do the decisions they actually made impact how those other reporters are regarded? To what extent can a journalist present where he or she is coming from when that location may be outside the dominion of his or her employer?

Take this example: Fox News. There’s a general sentiment that Fox has a viewpoint that they put forward. Or, to put it in “view from somewhere” terms – Fox hews to a conservative political worldview. How does – and should – this color our understanding of a commentator or journalist who follow’s Rosen’s suggestions? Not to mention the copy editors, editorial staff and headline writers.

The democratizing effect of the Web has shaken up media companies in obvious financial ways. But what Weigel, Nasr, Rosen and Kinsley are experiencing and commenting on is the democratization of opinion. The stolid editorial boards of two decades ago are the disparate personalities of today – just as anonymous bylines have become journalist’s brands. As such, journalists need to be more comfortable being themselves – and their employers need to feel comfortable in allowing it. The next Dave Weigel’s resignation, one would hope, would be rejected. In the future, we can assume, the next Octavia Nasr will have more latitude to explain her position.

Incidentally, I’m rooting for the Netherlands in the World Cup final. I’m letting you know that upfront in case I decide to write about it.