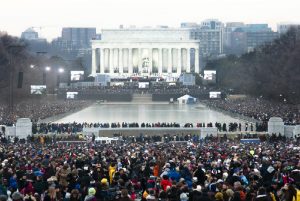 Over the past few weeks, there has been much discussion regarding exactly who would perform at the inauguration festivities for President-elect Donald Trump. The inaugural committee has had a tough time booking A-list talent for the event, which has led to Trump himself taking to Twitter and saying the inauguration was about the people and that many big name celebrities were asking for tickets.

Now just a week ahead of the inauguration, we finally have a breakdown of who will perform at the inauguration concert, named ‘The Make America Great Again! Welcome Celebration.’

Besides country artists Toby Keith and Lee Greenwood and rock group 3 Doors Down, actor Jon Voight will make an appearance. Other lesser known acts such as The Piano Guys, RaviDrums and The Frontmen of Country will also be performing. The president-elect will also make remarks at the festivities, which as scheduled for January 19th, a day before his inauguration.

The chairman of the inaugural committee, Tom Barrack, said the following in the press release about the announcement:

“President-elect Trump has made it clear that this inaugural is of, by, and for the American people. The 58th Inaugural will celebrate American history and heritage, while setting the course to a brighter and bolder future for all Americans,” said Chairman Tom Barrack. “Above all, it will serve as tribute to one of our greatest attributes, the peaceful transition of partisan power.”