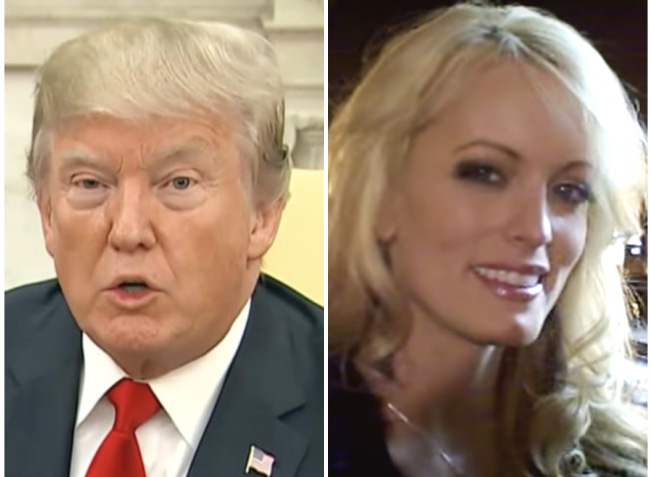 A new report suggests President Trump‘s attorneys once suggested that he fess up to his extramarital affairs in order to mitigate the legal bombshells that fell on him thanks to Michael Cohen‘s guilty plea last week.

Vanity Fair‘s Gabriel Sherman has released a new article citing numerous sources who say that Cohen’s plea deal and Paul Manafort‘s conviction have caused Trump to become increasingly erratic and temperamental around the White House. Even though Trump has tried to belittle the criminality of this development, critics are calling the president a co-conspirator in Cohen’s campaign finance lawbreaking since his ex-lawyer is accusing him of being directly involved in the efforts to suppress Stormy Daniels and Karen McDougal.

According to Sherman’s sources, Trump rejected an interesting idea from his lawyers for how to possibly downplay the Daniels and McDougal hush money schemes:

“Privately, according to two sources, Trump attorneys suggested that a strategy for dealing with the issue could be for Trump to admit to having affairs with women and paying hush money to them for years…Trump, according to the sources, rejected this advice. “It was because of Melania,” one source said.”

The report goes on to say that senior officials talked about having Rudy Giuliani and other Trump friends appear at the White House to hold an “intervention” for the president. It also claims that Trump is indulging himself with his recent actions pertaining to foes like John Brennan and the now-deceased John McCain, not to mention the fact that he’s still thinking about pardoning Manafort against the advice of White House counsel Don McGahn.