Trump Tweetstorm Raging Against Mueller Probe Has Some Asking if End is Near: ‘Guy Sounds Super Innocent’

Trump Tweetstorm Raging Against Mueller Probe Has Some Asking if End is Near: ‘Guy Sounds Super Innocent’ 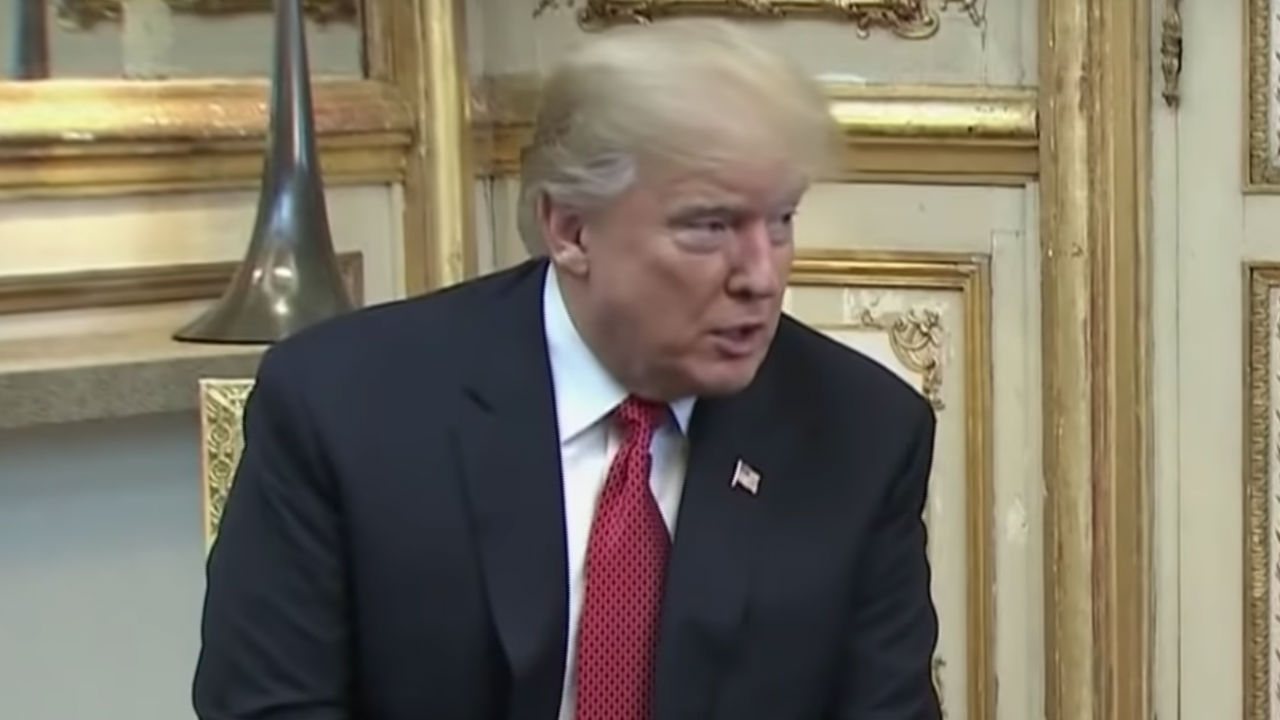 President Donald Trump is raging against special counsel Robert Mueller‘s investigation, and that has some wondering whether the probe is nearing its conclusion.

Thursday morning, the president fired off a quartet of tweets slamming the Mueller investigation.

“Universities will someday study what highly conflicted (and NOT Senate approved) Bob Mueller and his gang of Democrat thugs have done to destroy people,” Trump wrote. “Why is he protecting Crooked Hillary, Comey, McCabe, Lisa Page & her lover, Peter S, and all of his friends on the other side?”

The inner workings of the Mueller investigation are a total mess. They have found no collusion and have gone absolutely nuts. They are screaming and shouting at people, horribly threatening them to come up with the answers they want. They are a disgrace to our Nation and don’t…

….care how many lives the ruin. These are Angry People, including the highly conflicted Bob Mueller, who worked for Obama for 8 years. They won’t even look at all of the bad acts and crimes on the other side. A TOTAL WITCH HUNT LIKE NO OTHER IN AMERICAN HISTORY!

Universities will someday study what highly conflicted (and NOT Senate approved) Bob Mueller and his gang of Democrat thugs have done to destroy people. Why is he protecting Crooked Hillary, Comey, McCabe, Lisa Page & her lover, Peter S, and all of his friends on the other side?

The only “Collusion” is that of the Democrats with Russia and many others. Why didn’t the FBI take the Server from the DNC? They still don’t have it. Check out how biased Facebook, Google and Twitter are in favor of the Democrats. That’s the real Collusion!

Speculation is running rampant. Here’s a sampling of the reaction across Twitter:

Anyone else notice that Trump appears to be settling into his Nixon-crying-and-drinking-alone-while-destroying-evidence-and-praying-with-Kissinger phase? https://t.co/ifpIRlWroI

The NYT published big investigation last night detailing how Facebook was reluctant to sound alarm about Russia infiltration because they were worried conservatives would start screaming about bias.

Welp, they didn’t do enough, and conservatives are screaming about bias anyway https://t.co/d4hfz7pR4U

Before this morning, Trump had only tweeted once about Mueller since mid-September. He’s now tweeted today about Mueller and the investigation 3 times in 4 separate tweets.

Last night, Senate Republicans blocked a bill to protect Mueller. This morning, Trump showed again why we need it.

We will do everything in our power to protect the Mueller investigation, the independence of the Department of Justice, and the rule of law. https://t.co/o6soyKDGvg

Thugs? Shame on you.

Trump sounds like Mueller’s about to arrest someone. He’s panicking. Good.

trump is having a twitter freak out – and i am loving it – tick tock #MuellerIsComingForYouDon pic.twitter.com/vXyfLzDGGc

Trump is again melting down over Mueller—in increasingly unhinged ways. Dangerous for American democracy, but also a signal that he’s very, very worried.