Why? Well, see for yourself. 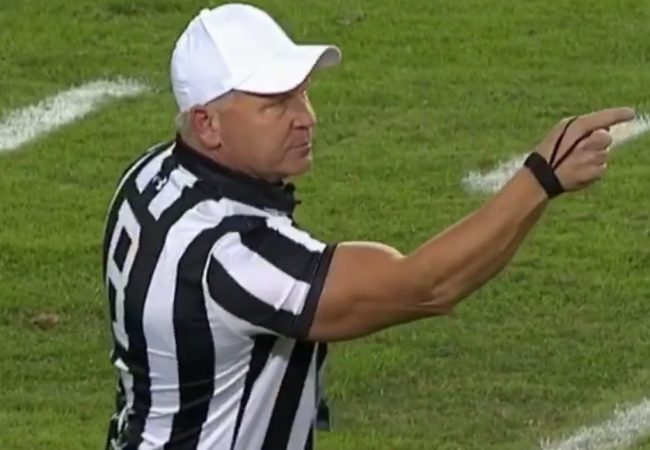 Yup. The guy is jacked.

Twitter couldn’t get enough of him. Check out some of the reactions — complete was many comparisons to similarly jacked NFL ref Ed Hochuli.

Ed Hochuli has some work to do this off season. The #nationalchampionship ref puts him to shame! #GunShow pic.twitter.com/Ljqq1bFpGk

“That was the most yoked ref in the history of football.”

That ref’s been blasting his biceps and triceps for weeks, damn right he’s gonna get his air time

Muscle Ref Mike Defee throws his flag into the core of the earth. #nationalchampionship pic.twitter.com/xlwEcZIBrl

Ball appears to be on ground on replay. No idea if Biceps Ref will overturn it or just go outside and overturn an Audi.

Instead of the Pro Bowl, let’s just have a boxing match between Ed Hochuli and this swoll ref.

That ref tonight was STUPID jacked.

New Years resolution: be as jacked as this ref