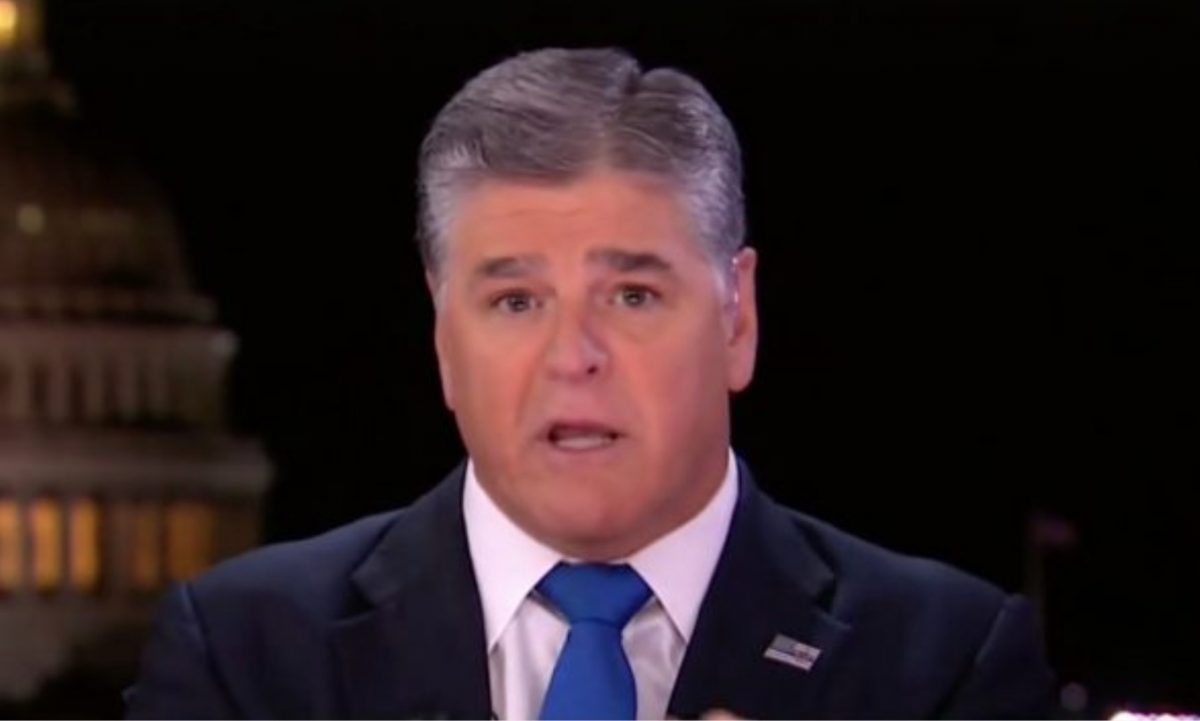 The picture of the 44th president has drawn plenty of reactions, but the Fox host cranked it up to 11 with his blog’s take on the portrait’s artist Kehinde Wiley. The post’s primary focus was on the “industry insiders” who say that Wiley’s “trademark technique” involves “sperm within his paintings,” and Obama’s portrait got the same treatment.

to say nothing of that disgraceful painting on the ceiling of the Sistine Chapel. guy drew Adam with his ding-dong hanging out! https://t.co/TcEOkLByKu

There is no difference between @seanhannity and Alex Jones. pic.twitter.com/mx3ISaYo7g

Is this a joke? https://t.co/c1TxKnzcCR

Hannity one month ago, “Can we please just have some reverence & decorum for the Presidency?”

Hannity today: “BARACK OBAMA HAS SPERM IN HIS HAIR.” https://t.co/zpp5GiS2lU

Donald Trump talked about how big his dick is at a presidential debate https://t.co/P4yQM6XshP

“Earlier today my web staff posted content that was not reviewed by me before publication. It does not reflect my voice and message and, therefore, I had it taken down.”