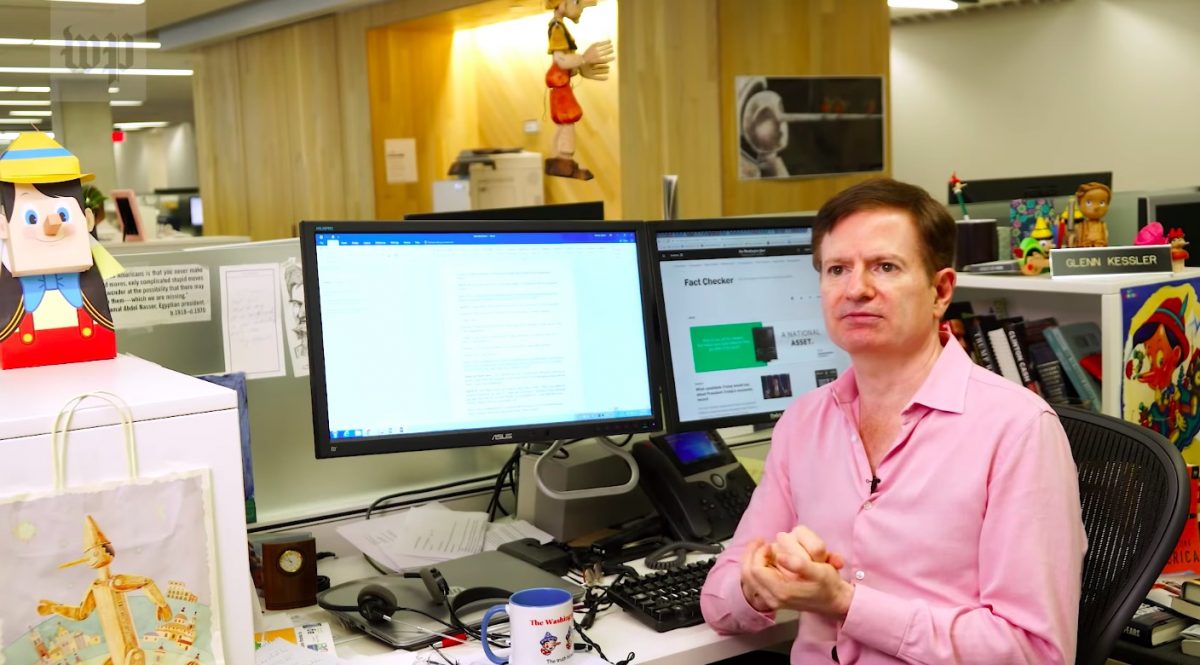 “Fact checked repeatedly as false. Bottomless Pinocchio claim!” Kessler wrote, in response to a tweet from Trump claiming, “We lose 300 Americans a week, 90% of which comes through the Southern Border. These numbers will be DRASTICALLY REDUCED if we have a Wall!”

“The heroin comes through legal broader crossings where there would be no wall,” the Post journalist added.

fact checked repeatedly as false. Bottomless Pinocchio claim! The heroin comes through legal broader crossings where there would be no wall. https://t.co/HyX7YbTpao

The paper created the “Bottomless Pinocchio” label specifically in response to the president, who earned the new bracket after the Post tracked thousands of his lies, half-truths, and other misleading remarks.

Trump made the same claim about heroin and illegal immigration during his Oval Office immigration address earlier this week, tying the opioid epidemic to a lack of border security.

“Nearly 300 Americans are killed every week from heroin, 90 percent of which floods across our southern border,” the president said, as millions of Americans tuned in to hear his case for a wall on Tuesday night.

Kessler, along with Salvador Rizzo and Meg Kelly, wrote the following in response to the claim:

“In 2017, more than 15,000 people died of drug overdoses involving heroin in the United States, according to the Centers for Disease Control and Prevention. That works out to about 300 a week.

But while 90 percent of the heroin sold in the United States comes from Mexico, virtually all of it comes through legal points of entry. ‘A small percentage of all heroin seized by CBP along the land border was between Ports of Entry (POEs),’ the Drug Enforcement Administration said in a 2018 report. So Trump’s wall would do little to halt drug trafficking. Trump’s repeated claim that the wall would stop drug trafficking is another Bottomless Pinocchio claim.”