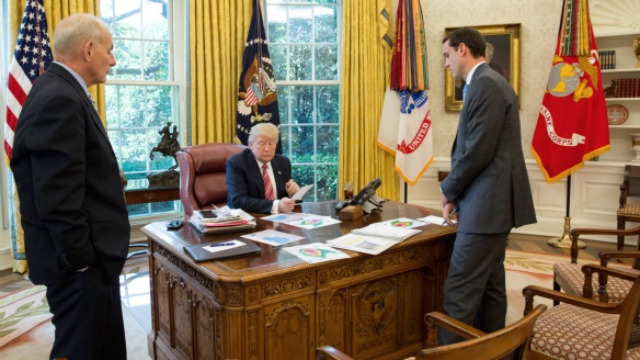 The White House put out a statement this afternoon updating the American people on Hurricane Harvey.

President Donald Trump has been briefed on the hurricane and spoke with the governors of Texas and Louisiana yesterday, and is closely monitoring the situation:

The statement advises people in the path of the storm to “heed the advice and orders of their local and State officials,” something that President Trump himself tweeted minutes later:

I encourage everyone in the path of #HurricaneHarvey to heed the advice & orders of their local and state officials. https://t.co/N6uEWCZUrv

The President’s tweet links to some important information on hurricane preparedness.