Wife of Texas A&M Coach Tweets Racist Hate Mail: ‘Did It Occur to You That a Child May Open it?’ 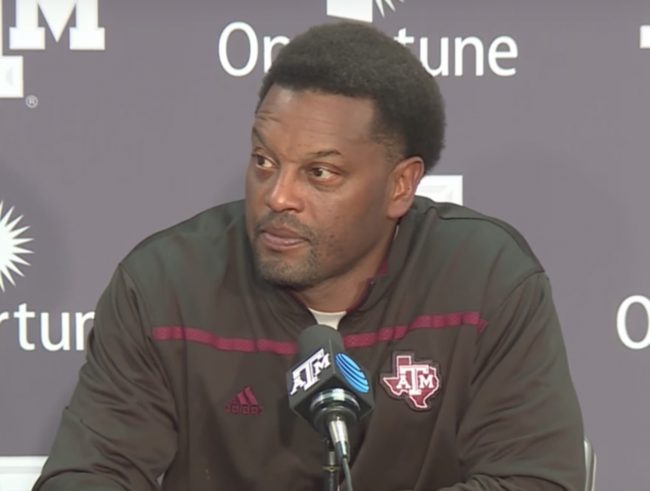 People of 2017: please tell me how any part of this is ok. And to the sender: did it occur to you that a child may open it?#orelseWHAT? pic.twitter.com/Co1s2Hb94r

“[P]lease tell me how any part of this is ok,” Charlene Sumlin wrote in her Tweet of the racist mail. “And to the sender: did it occur to you that a child may open it?”

The letter comes on the heels of not only the loss to UCLA, but a Regent publicly calling for Sumlin’s ouster in a Facebook rant.

“I never said a word when he and his agent manipulated a much bigger and longer contract,” Tony Buzbee, a Houston-based lawyer and Texas A&M Regent, published to Facebook (via ESPN). “I said nothing about his arrogance and his mishandling of multiple player controversies. I said nothing when we had multiple awesome recruiting classes, only to see key players leave our school or underperform. But tonight I am very disappointed…I’m only one vote on the Board of Regents but when the time comes my vote will be that Kevin Sumlin needs to GO.”