Witch Sues Warlock For Harassment in Salem Days Before Halloween 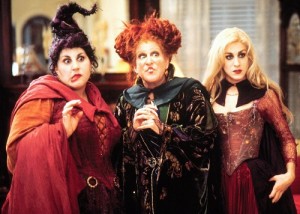 Three days before Halloween, a witch and a warlock will face one another in a Salem, Massachusetts court to determine whether or not the latter has been harassing the former. No, seriously. This is actually happening right now.

According to the Boston Globe, Lori Sforza, a self-described “witch priestess” who owns and operates an occult shop and helped found a Pagan church in the town of Salem, is seeking court protection from Christian Day. Day, as it turns out, is the “world’s best-known warlock” and owns businesses in Salem and New Orleans. They too specialize in the occult — just in case you were wondering.

Sforza’s attorney, Fiore Porreca, claims that Day has been harassing her online and with phone calls from private numbers for three years.

“She’s being abused, intimidated and harassed,” said Porreca, an immigration attorney. In addition, he claimed that Day’s alleged harassment of Sforza has had a negative impact on her business in Salem.

The two were previously business partners in Salem. They also made headlines in 2011 when they publicly cast spells in Salem in an attempt to heal actor Charlie Sheen, who’d claimed association with “Vatican assassin warlocks” in a much-publicized rant.

Boston Globe reporter Laura Crimaldi has been attending the Wednesday court proceedings and live-tweeting them. So if you’re bored, make sure to check out her feed.

Case of witch vs. warlock is called. Apparently, lawyer for warlock Christian Day, is sick and not available to come to court.

Witch tells judge that she can see into the future: “I can see into my own future. That’s why I’m here today.”