Woman Sues Ferguson Cop, Claims He Raped Her While She Was Pregnant 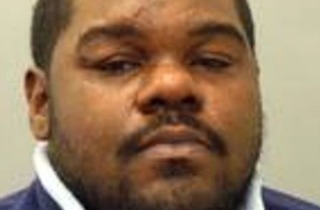 A Ferguson woman has filed a lawsuit against corrections officer Jaris Hayden for raping her while she was three months pregnant. In her suit, the anonymous woman claims after she was pulled over for driving with an expired license plate (and arrested for giving a false name), Hayden brought her to her cell and said things to her like “this will teach you a lesson.”

The woman says as she was begging to be let out, Hayden “acted in a sexually provocative manner” and raped her.

According to The Riverfront Times, this woman says after her boyfriend posted her bail, she told Hayden, “I will do anything to go home.” Which led to this moment, as described in disturbing detail in the suit:

By that remark J.W. did not intend to deliver the message that she would have sex with Hayden in exchange for release…J.W. was in great fear. Hayden was in a position of complete power over J.W. Hayden said “Follow-me,” and took her down various hallways. Hayden took J.W. into a boiler room in the City of Ferguson jail. Hayden then unbuttoned his pants, removed his penis from his pants.

According to USA Today, this lawsuit is about a “pattern of violence” that this woman believes is happening across Ferguson, from her case to Michael Brown‘s.

Hayden was actually arrested just days prior to the lawsuit being filed, and faces charges of sexual contact with a prisoner, permitting escape from custody, and acceding to corruption by a public servant.