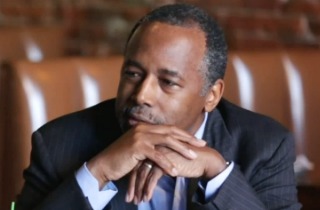 The vetting of Ben Carson continues, this time from The Wall Street Journal, which has a report out about the GOP candidate’s past questioning yet another part of his biography.

WSJ‘s Reid Epstein reports that in his 1992 autobiography, Carson writes about how his psychology professor at Yale decided to test the class by telling them that all of their final exams had burned and they would have to retake the test.

Carson claims in the book that every student but him walked out after finding the new test to be much tougher. And once he was the only one left in the class, he was informed by his professor that it was a hoax and they wanted to find “the most honest student in the class.” Carson says he was given $10 and a photographer for the Yale Daily News took his picture.

But this is what Epstein found:

No photo identifying Mr. Carson as a student ever ran, according to the Yale Daily News archives, and no stories from that era mention a class called Perceptions 301. Yale Librarian Claryn Spies said Friday there was no psychology course by that name or class number during any of Mr. Carson’s years at Yale.

In addition, the report also checks a claim of Carson’s that during a riot at his high school where black students attacked white students, he hid some white students in the biology lab. Students remembered the riot but not that.

Carson yesterday went off on the media after several other reports came out about his background and asked why the same level of scrutiny has not been applied to Democratic candidates.