The Twitter account for Yahoo Finance made a very, very unfortunate typo late Thursday, tweeting that president-elect Donald Trump wanted to have a “nigger navy.” 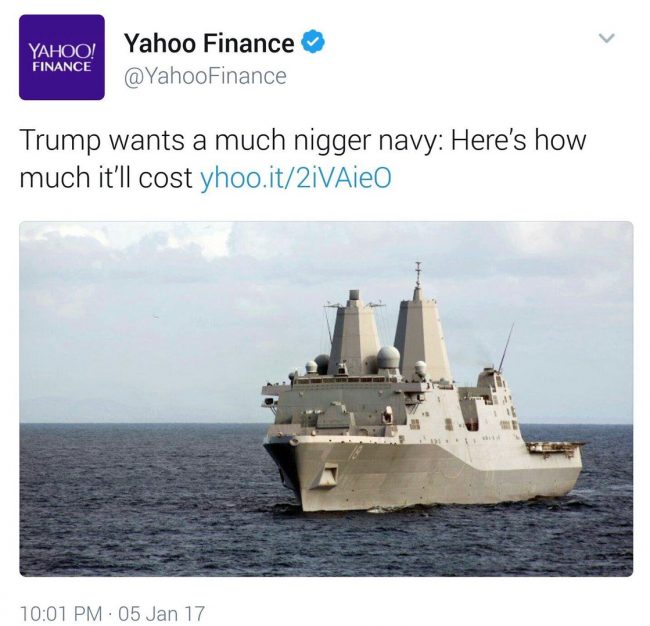 It was of course obvious that they meant to tweet that he wants a “bigger” navy, but Black Twitter had a lot of fun at their expense.

Half the #NiggerNavy can’t get they hair wet. Walking around the ship in they bonnets.

Every time the #NiggerNavy sinks a battleship, someone yells Worldstar

#niggernavy “They’re sending me to Korea”

Black Moms: Well until I get Korea parents number you ain’t going nowhere

#NiggerNavy gonna ask “Who all gone be there?” before they go to war

Trump: We gotta go to war

Captain: You got gas money? #niggernavy

The only ocean we respect is Frank. #NiggerNavy

Captain: I can take you to the battle or pick you up from the battle, but I’m not doing both #NiggerNavy

Yahoo of course eventually apologized and deleted the tweet.

We deleted an earlier tweet due to a spelling error. We apologize for the mistake.