‘You Can Take It as a Threat’: O’Reilly Warns NY Times over ‘War Zone’ Coverage

‘You Can Take It as a Threat’: O’Reilly Warns NY Times over ‘War Zone’ Coverage 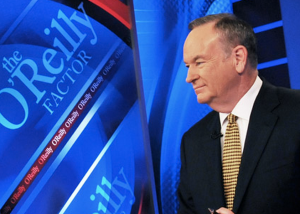 Bill O’Reilly has done a lot of interviews in response to Mother Jones‘ report questioning his war stories (including one with Mediaite), but he also did one with The New York Times, and apparently this one took a noteworthy turn.

First, some context: O’Reilly really hates The New York Times. He’s dismissed it as a “liberal rag” for years and has done plenty of segments on how they’re exemplary of the media’s “liberal bias.”

The original Mother Jones report on O’Reilly’s reportage concluded that he had exaggerated his recollections of covering the Falklands War. In return, the Fox host has repeatedly countered that he never lied about the nature of his reporting abroad, nor did he exaggerate the danger of the Buenos Aires riots he covered. Two former colleagues have adamantly disputed his account, but a former NBC News bureau chief has backed O’Reilly up. Fox News chief Roger Ailes and network management have also stood firmly behind their primetime star.

When the Times covered the controversy and reached out to O’Reilly for comment, this is what happened:

During a phone conversation, he told a reporter for The New York Times that there would be repercussions if he felt any of the reporter’s coverage was inappropriate. “I am coming after you with everything I have,” Mr. O’Reilly said. “You can take it as a threat.”

O’Reilly has repeatedly ripped the media coverage of the controversy and said: “Real journalists knew this story was BS from the jump.” You can be sure if he feels the Times slighted him with their article, he will continue his long-standing public distaste for the newspaper.