‘You’re Dumber Than Dirt’: Hannity Gets Into Twitter Spat With Chaz Bono Over WikiLeaks CIA Release

‘You’re Dumber Than Dirt’: Hannity Gets Into Twitter Spat With Chaz Bono Over WikiLeaks CIA Release 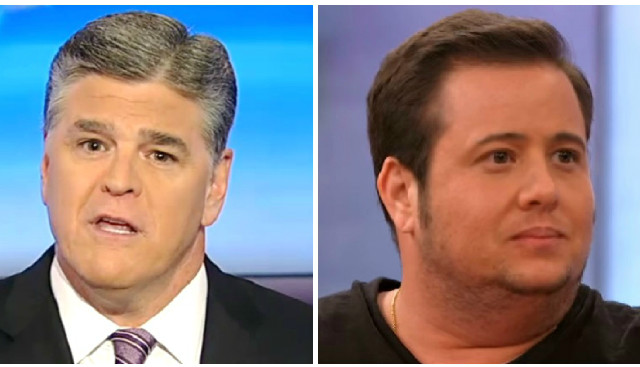 Earlier this week, following WikiLeaks release of thousands of pages of documents purporting to contain spying and hacking methods of the CIA, Fox News host Sean Hannity sent out the following tweet in response to a press conference announcement by WikiLeaks.

Is it possible, likely or can you confirm instances where the CIA used Malware to “Attribute” cyberattacks to other nations? Possibly Russia https://t.co/Ay1Ms84TPT

Later on that day, actor and LGBT rights advocate Chaz Bono sent out a tweet of his own where he quoted Hannity, asking if the “new Right” were “traitors” and “Fascists” like President Donald Trump.

So is the new Right, all Putin loving, reality denying, traitors to the principals our country was founded on, Fascists, Just Like #Trump? https://t.co/lfpfxIEpr2

That tweet was mostly ignored, considering it came from the verified account of a celebrity, gathering up a little more than two dozen retweets. However, almost two days later, Hannity noticed, and he wasn’t happy.

Also Chaz I thought you liberals were supposed to be “tolerant”, & “inclusive”.
You r just the typical phony Hollywood hypocrite. https://t.co/hLWri23Lx7

I have said many times we should NOT trust Putin. I embrace truth everyday. I love my country and am not a fascist. You r ignorant and dull. https://t.co/hLWri23Lx7

Chaz come on my TV show so I can expose to all what a hypocrite you are and that you’re dumber than dirt. https://t.co/hLWri23Lx7

In response to Hannity’s offer to appear on his TV show, Bono declined, saying he doesn’t “play with stupid.”

Oh Sean, while that’s tempting, I don’t play with stupid. But have fun denigrating the CIA and propping up Putin. Reagan would be so proud. https://t.co/eaqIrPeX7X

We’ll make sure to keep you updated if this beef continues.

Oh Chaz, you are scared to death. Also stop lying. I admire US intelligence with the exception of those leaking Typical ignorant lib coward! https://t.co/imS3TslZpX

If I'm going on TV to talk politics, I want to reach an audience with an open mind, just common sense. This is not a pissing contest to me. https://t.co/tB5Oqy4Oba

You drop insults and ad hominem attacks vs me, I refuse to take your Hollywood BS and then you refuse to come on and defend the lies u spew. https://t.co/ALfTFWrlIy

Shockingly, yes Sean, as fun as all this. Clearly you're not a fan, nor am I & neither one of much enjoys taking BS. Not much more to say. https://t.co/iuFrhhOOp1

You say you are an "actor" & "producer"? I checked your resume, and it's not that impressive. You started this fight & won't debate-coward! https://t.co/mjqcNHTJak