Ted Cruz Mocks Republicans Who Suck Up to Trump
Opinion 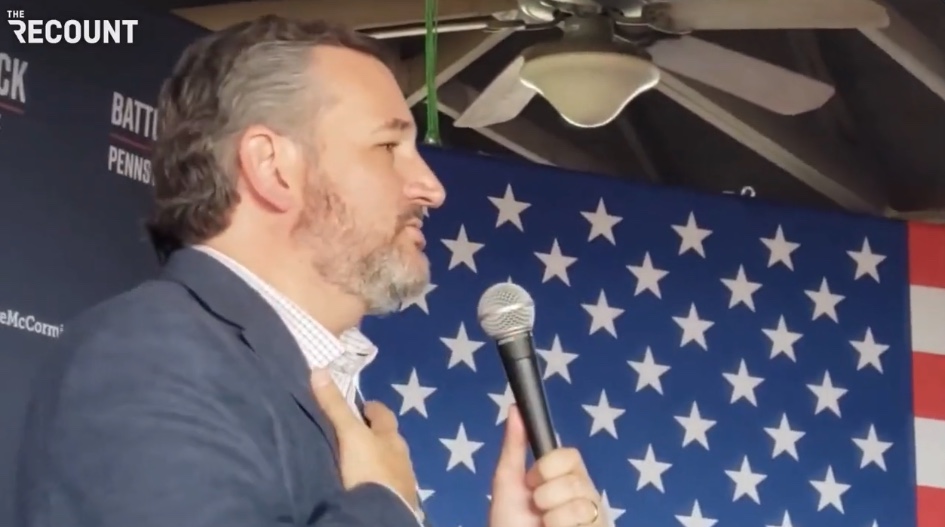 Cruz appeared to be taking a shot at McCormick’s opponent, Mehmet Oz, who has been endorsed by Trump. Oz has frequently touted Trump’s support in debates, rallies, and television appearances.

The senator famously called Trump a “sniveling coward” after Trump made a personal attack against the senator’s wife during the exceedingly ugly 2016 Republican primary. Trump also implied that Cruz’s father was involved in the assassination of President John F. Kennedy.

However, Cruz ultimately backed Trump in the general election and subsequently sought and received his help in getting reelected to the Senate in 2018. Yet, this week he needled politicians for trying to out-Trump one another.

Just once, I’d love to see a Republican candidate stand up in a primary and say, “I am a moderate, establishment squish. I stand for absolutely nothing.” It would be refreshingly honest at least. But nobody says that.

At that point a man in the audience shouted, “Let’s see it!”

“I like you, but not that much,” Cruz quipped.

Though he derided politicians who suck up to Trump, Cruz has done just that.

“I am honored that President Trump is here endorsing and supporting my campaign,” Cruz told rally-goers in Texas in 2018. “And I look forward to campaigning alongside him in 2020 for his reelection as President of the United States!”