The Interview: Men in Blazers Star Roger Bennett on His Book 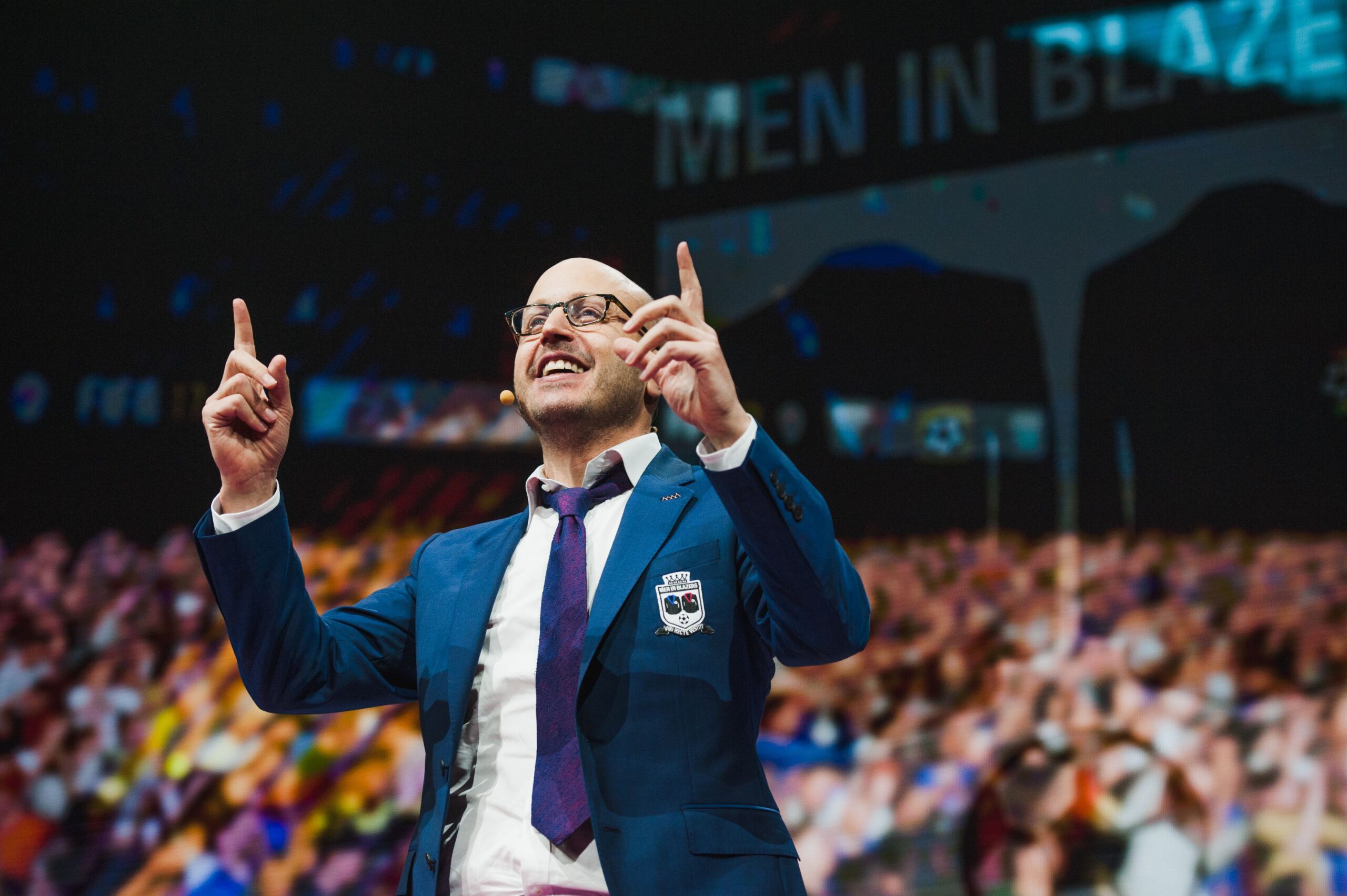 When New York shut down last year, Roger Bennett was left without purpose. The NBC Sports soccer analyst and co-host of the Men in Blazers podcast and television show found himself in a world without sports. To keep himself occupied, he threw himself into a book about growing up an English kid obsessed with everything American, from the Chicago Bears to Don Johnson to the Beastie Boys.

The result: Reborn in the USA: An Englishman’s Love Letter to His Chosen Home. It’s a moving and hilarious account of Bennett’s journey from the dreary and decrepit city of Liverpool in the 1980s to finally arriving at a place that was poorly painted on his childhood bedroom wall: New York.

“I’d always dreamt I was an American trapped in an English boy’s body,” he told me on this week’s episode of The Interview. “So I swore to move to America and I did.”

Bennett became a citizen in 2018, a moment he describes as “the greatest day of my life.” He no longer even considers himself English, revealing he would support the United States in a football matchup against England.

“I have a rule in life to always do the opposite of whatever Piers Morgan does,” he explained.

Bennett now lives in New York, where I called him this week to discuss his book, how the culture wars have infected sports media in the United States and abroad, and England’s crushing loss in the Euro final at Wembley Stadium.