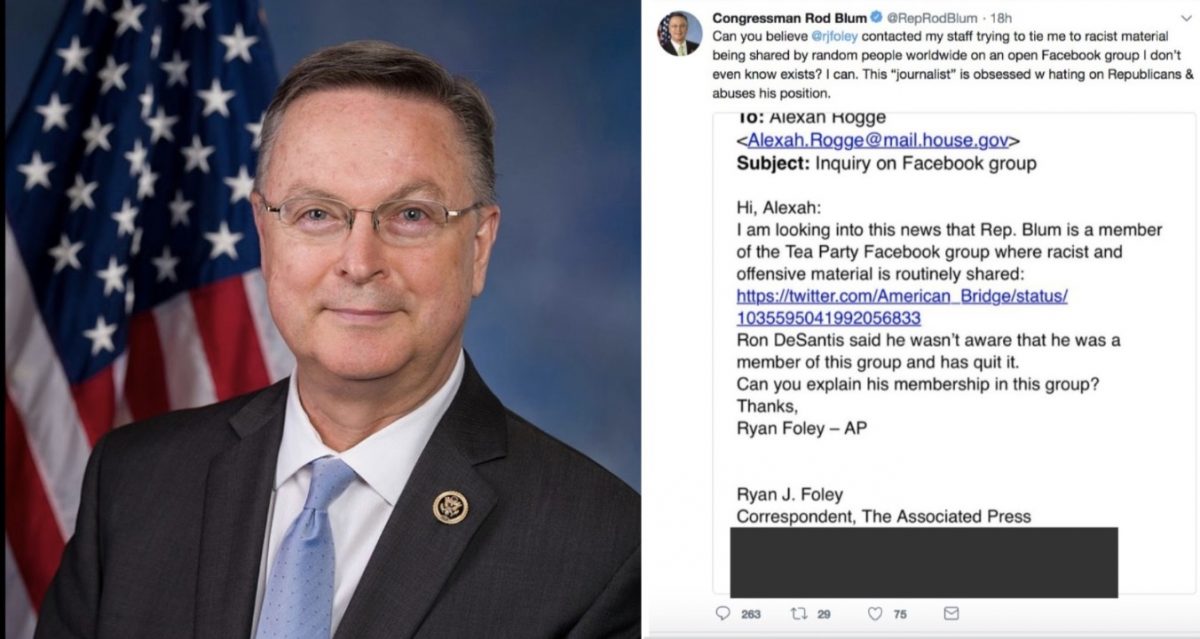 A Republican lawmaker tweeted out an Associated Press reporter’s cell phone number after he received a question about his involvement in a racist Facebook group.

Foley noted that Rep. Ron DeSantis had claimed he was not aware he was a member of group and Foley questioned what Blum’s explanation for his involvement may be.

Foley replied by tweeting out a screenshot of the request, leaving the reporter’s cell phone number at the bottom. 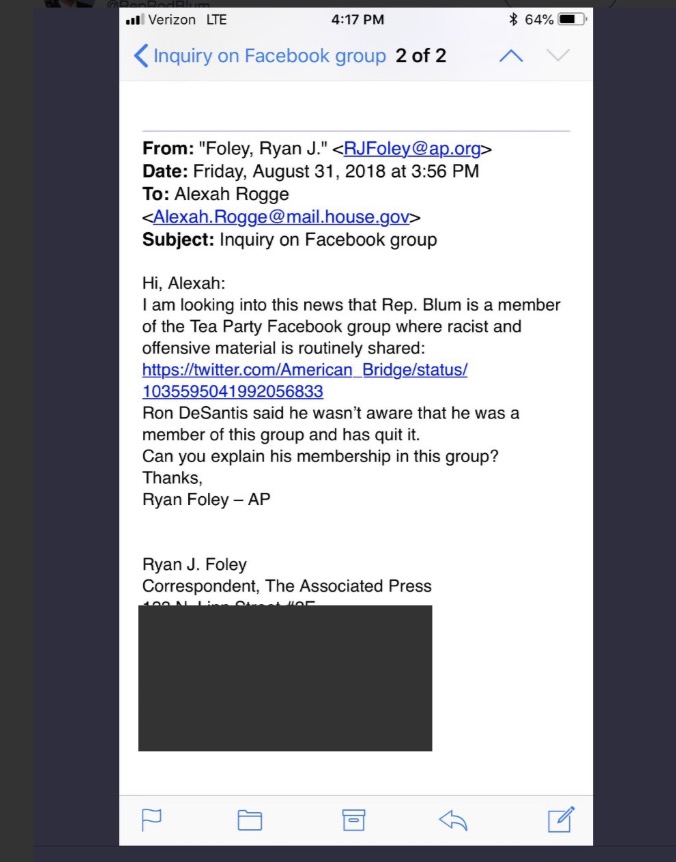 In addition to the screenshot, Blum also lambasted Foley.

“Can you believe @rjfoley contacted my staff trying to tie me to racist material being shared by random people worldwide on an open Facebook group I don’t even know exists?” he wrote. “I can. This ‘journalist’ is obsessed w hating on Republicans & abuses his position.” 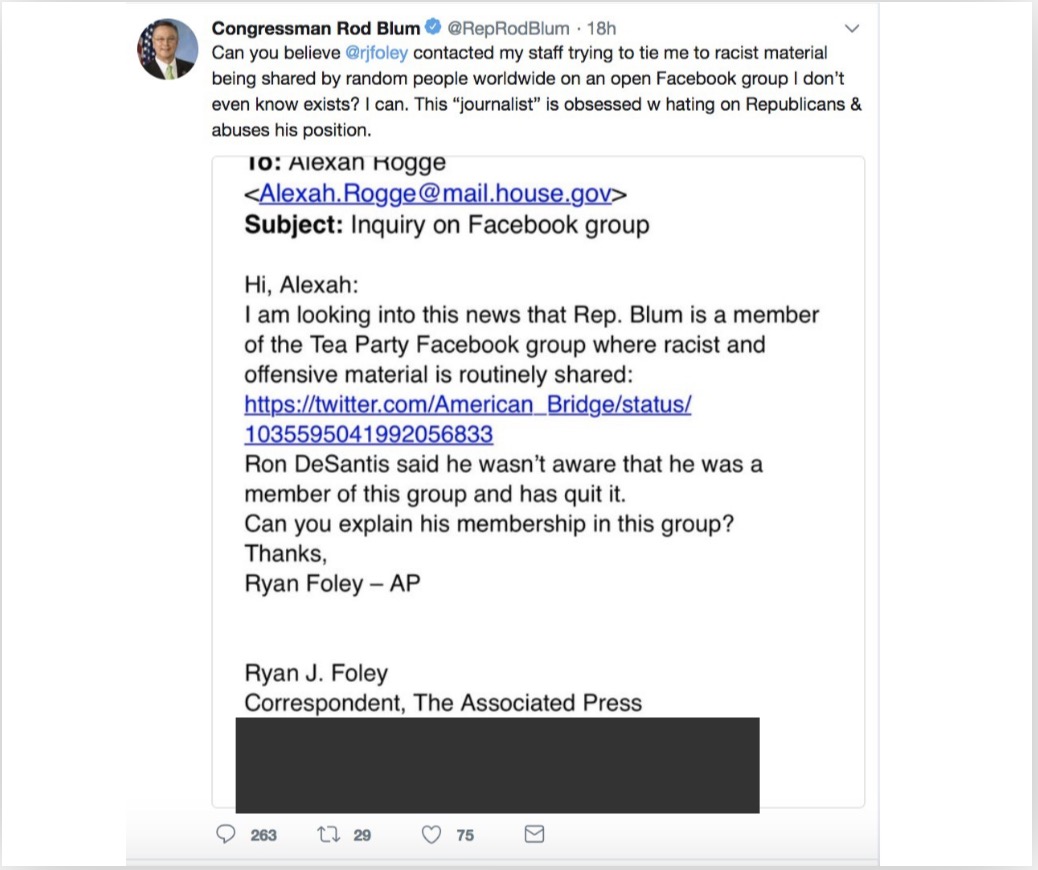 According to Andrew Bates of American Bridges, Blum is still a member of the group, which formerly included DeSantis (he has since removed himself from the group) and as of Sept. 1 still includes conspiracy theorist Jack Posobiec and Pamela Geller as moderators.

Congressman, you have been a member of this disgusting group since 2015 (https://t.co/2qoNY3XBpl), and you're STILL in it as of right now. But instead of owning up, you get unhinged. It's no wonder fellow Republicans are thinking about abandoning your re-election campaign. #IA01 https://t.co/7z6Gg2xC0K