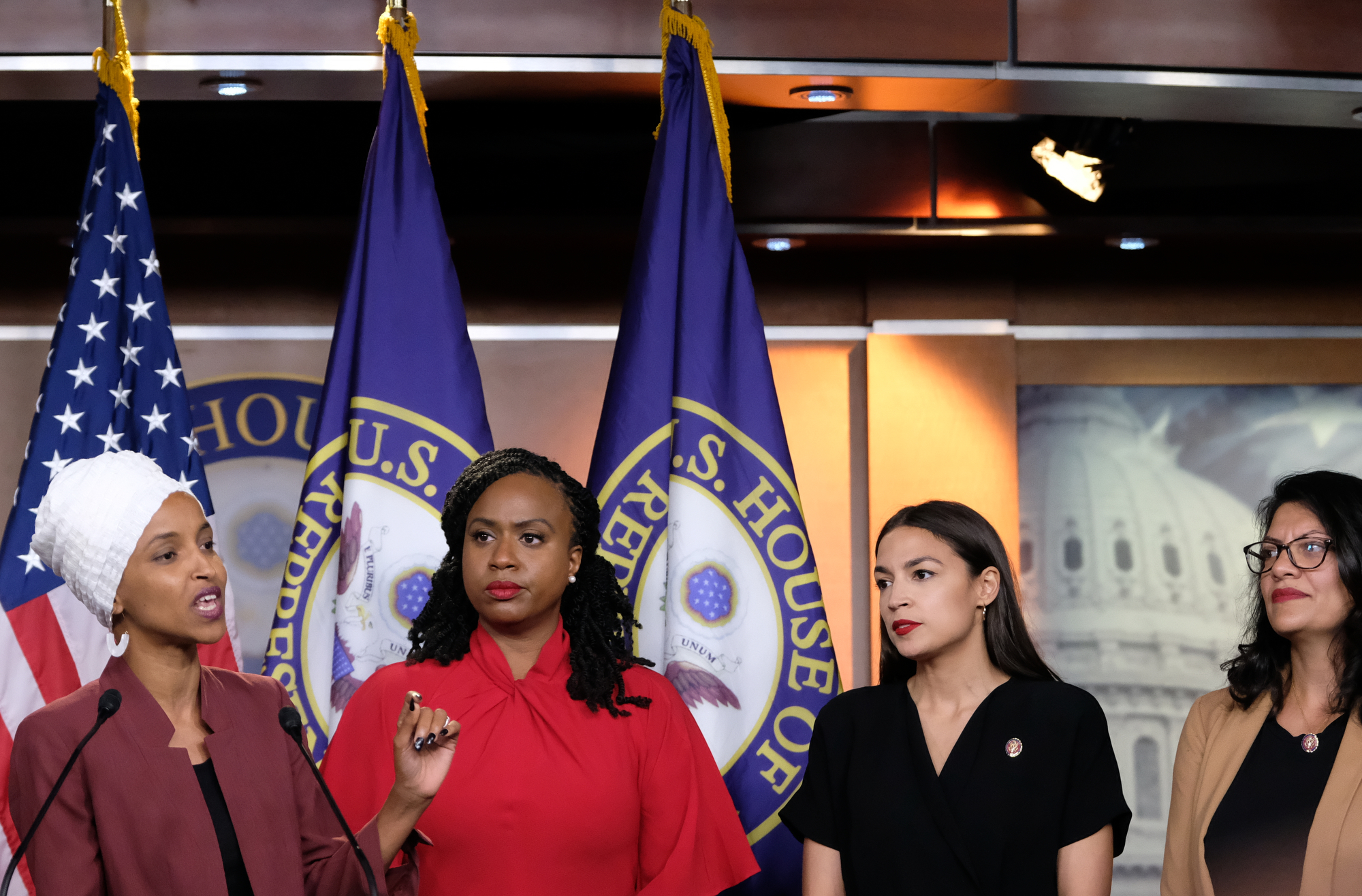 After the Illinois Republican County Chairmen’s Association shared a Facebook post smearing four progressive lawmakers of color as “The Jihad Squad” on Sunday, Mark Shaw, the group’s president, apologized for the photo and insisted that it was not formally approved.

“A couple of days ago, an image which was not authorized by me was posted on [our] Facebook page,” Shaw wrote in a statement on Facebook. “I condemn this unauthorized posting and it has been deleted. I am sorry if anyone who saw the image was offended by the contents.”

This is on the Illinois Republican County Chairmen’s Association’s Facebook site: pic.twitter.com/0qzKsiRzzq

Though, Shaw’s Sunday apology post was not totally repentant, as he wrote that his group’s “unfortunate” racist post controversy is just a “distraction from the serious debate surrounding the policies advocated by these four socialist members of … the House of Representatives of which I strongly disagree.”

He went on to accuse Democratic Reps. Alexandria Ocasio-Cortez (NY), Rep. Ilhan Omar (MN), Rep. Ayanna Pressley (MA), and Rep. Rashida Tlaib (MI) of “anti-Semitic posturing” — a claim President Donald Trump also made to justify his calls for the lawmakers to “go back” to the “totally broken and crime infested places from which they came.”

“The RCCA’s internal review process is being re-evaluated to insure that any content posted in the future represents the ‘big-tent’ nature of the Republican Party,” Shaw concluded – just after claiming that his group has a “multi-stage, approval process for all social media posts.”

While accusing the four minority lawmakers — two of whom are Muslim-Americans — of supporting “Jihad,” the since-deleted RCCA post also included the caption: “If you don’t agree with their socialist ideology, you’re racist.”