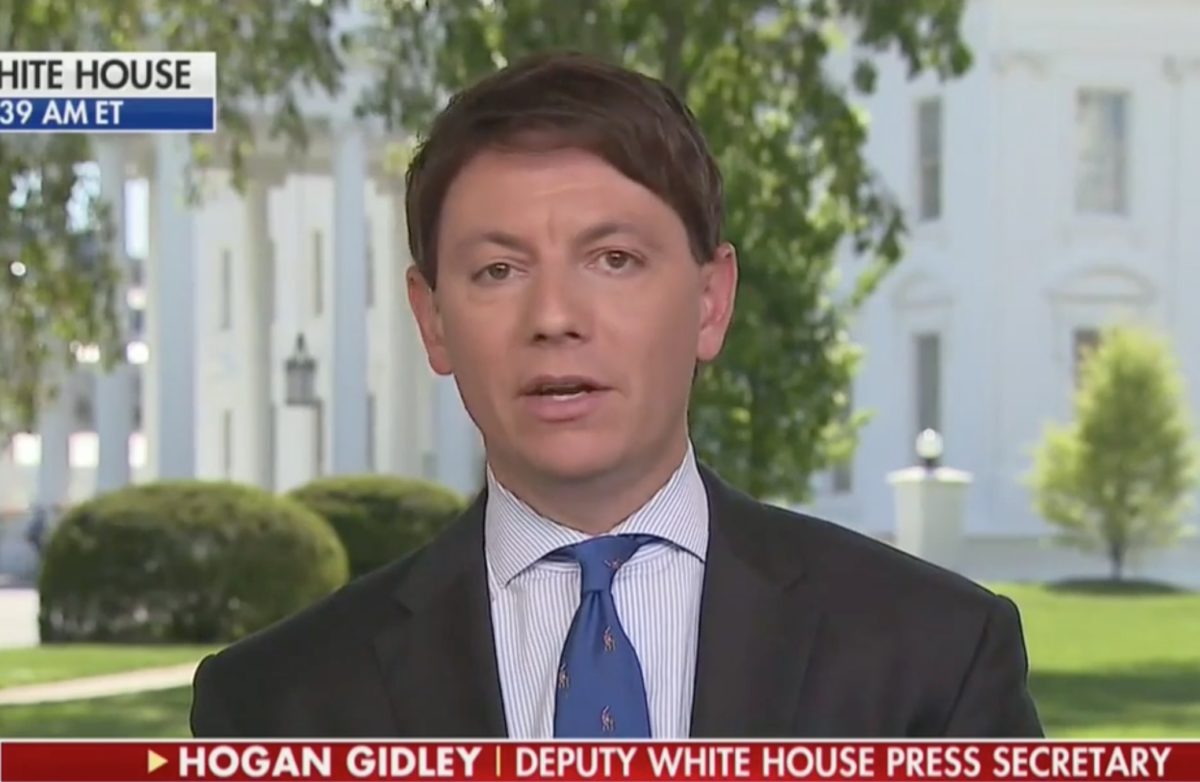 On Tuesday, New York Times released an excerpt from an upcoming book which details the explosive rants Trump went on against immigration officials who pushed back on the shocking measures he pitched for securing the border. Trump’s ideas reportedly included fortifying his proposed border with a moat filled with alligators and snakes. He also reportedly suggested that border patrol shoot migrants in the legs to slow them down.

Gidley released a statement to the media smacking down the “wild, inaccurate, and offensive fake news characterizations of the president’s plans,” but he neither acknowledged the Times report, nor denied it.

WH responds to @nytimes story by @shearm & @juliehdavis. @realDonaldTrump reportedly suggested privately that border officials should shoot migrants in the legs to stop them:” There have been so many wild, inaccurate and offensive fake news characterizations“ per @hogangidley45 pic.twitter.com/KnLEa1IjwB

UPDATE: Julie Davis, the New York Times editor who co-wrote the piece, pointed out that the White House statement was not a denial:

As was the case when we presented the White House, twice, with detailed accounts of what we had learned from multiple sources, this is not a denial. https://t.co/uqhw0POKqL

Davis also noted that the White House didn’t deny the details of their reporting before the piece was published.

Now the press is trying to sell the fact that I wanted a Moot stuffed with alligators and snakes, with an electrified fence and sharp spikes on top, at our Southern Border. I may be tough on Border Security, but not that tough. The press has gone Crazy. Fake News!