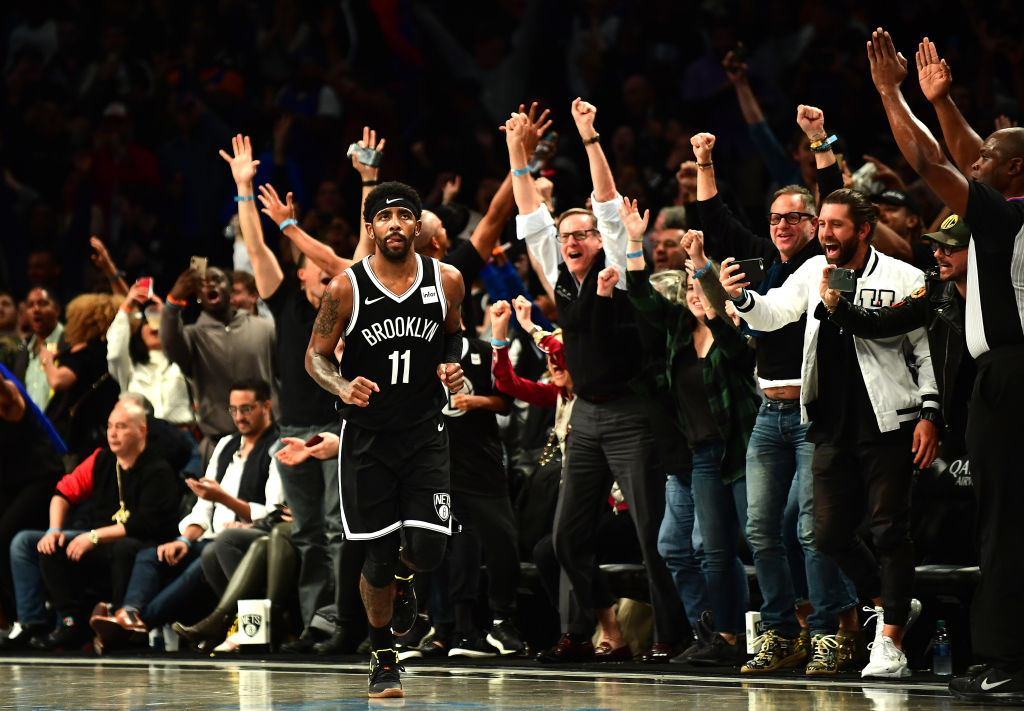 Kyrie Irving is reportedly organizing an effort among dozens of players to holdout against the NBA’s plan to restart its 2019–20 season in late July inside a cloistered environment in Orlando, Florida.

According to reporting by Shams Charania in The Athletic, the Brooklyn Nets’ point guard led a call with more than 80 other NBA players — from big-name stars to little known back-ups — on Friday night in which he cited health and safety concerns about playing amidst the Covid-19 pandemic as well as the desire to show solidarity with the social justice protests around the country.

Sources: Kyrie Irving led a call of 80-plus NBA players, including Chris Paul/Kevin Durant/Carmelo Anthony/Donovan Mitchell, and Irving and several players spoke up about not supporting resumed season due to nationwide unrest from social injustice/racism.

Irving expressed his deep reservations about the league’s reopening plan during the call, according to Charania’s sources, saying “I’m not with the systematic racism and the bullshit. Something smells a little fishy.”

Kyrie Irving told NBA players on call Friday, sources tell @TheAthleticNBA @Stadium: “I don’t support going into Orlando. I’m not with the systematic racism and the bullshit. Something smells a little fishy.”

The Nets guard reportedly urged his fellow players to make a public stand against racial injustice, even if it meant jeopardizing their season, adding: “I’m willing to give up everything I have (for social reform).”

Kyrie Irving on players call Friday, per sources: “I’m willing to give up everything I have (for social reform).”