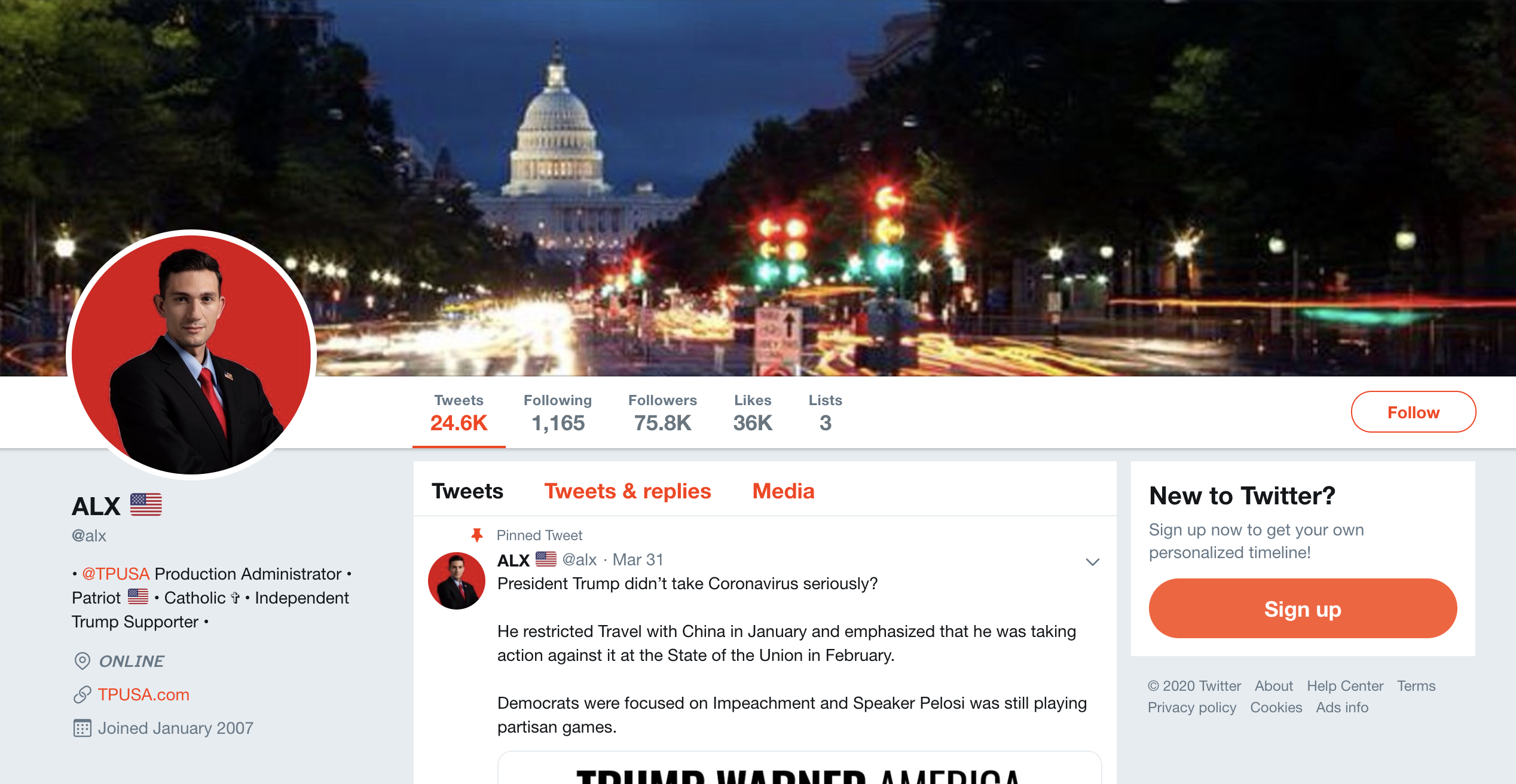 Twitter rebuked the claim made by Donald Trump Jr., Charlie Kirk, and Brad Parscale that a Tuning Point USA staffer who went by the Twitter handle @alx – who was frequently retweeted by President Donald Trump – was suspended by the platform for posting a parody video.

Kirk claimed the move from the social media company was “censorship,” while Don Jr. billed the decision as “tech tyranny.” But rather, it was due to the staffer attempting to manipulate the platform.

Some conservatives, though, believe otherwise.

Why are Chinese propagandists given a platform on Twitter but @ALX is banned?

This is disgusting behavior by the big tech ruling class.

This censorship has to stop immediately.

Oh yeah, it’s because he posted a hilarious Biden meme saying he might be compromised by China

This censorship MUST END!

Demand ALX to be reinstated

Twitter has suspended @ALX, a @TPUSA staffer and strong supporter of @realDonaldTrump.

But we know his real crime was being a conservative Trump supporter.

ALX did nothing wrong – goes to show that censorship of conservatives is still a big issue!

This is big tech censorship.

We MUST stand up against this!

This was the meme that @alx shared.

Will Twitter suspend the Trump campaign as well? https://t.co/cP4i14RGxv

Their sin? Who knows. Being conservative likely was enough.

Another day in Big Tech censorship.

People call me “Trump’s favorite meme maker”, but @alx has probably gotten more retweets and videos posted by President Trump than I have.

His suspension is a direct attack on the White House by a social media company.

.@alx has never been inappropriate on this platform. He was banned for supporting Trump. #LauraLoomer is a declared Congressional candidate consistently out-raising her incumbent Dem challenger. She was banned for being right about Ilhan Omar.

Both need to be reinstated ASAP.

A request for comment from Mediaite to TPUSA has not been returned.