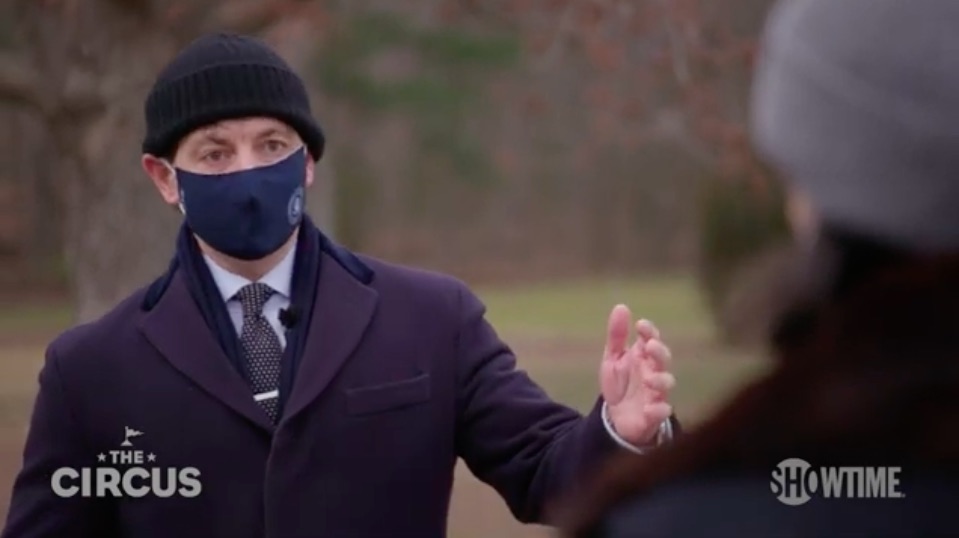 In an interview with Alex Wagner for Showtime’s The Circus, the ex-press aide was pressed on the disastrous ending of the his former boss’s time in the White House.

“You know, Hogan, the thing he’s going to be remembered for, the final act of his presidency, is a white supremacist mob storming the Capitol and trying to kill lawmakers,” Wagner pointed out.

“Look, there are a lot of things in that administration that happened in four years that people are going to try point to as one seminal thing…” Gidley began, starting to spin.

“He’s getting impeached for a second time for this thing,” Wagner broke in to say.

“I’m just trying to point out the fact that, he accomplished a lot from a policy standpoint, he was a lightning rod from a personality standpoint,” Gidley continued glossing over years of outrage about Trump policies like the Muslim ban, family separation, and a bungled Covid-19 pandemic response.

“There’s no question this last little bit was a black eye…” Gidley conceded, pausing before he went on.

“Do you think he regrets anything about how he handled it?” Wagner pressed.

After a big sigh, Gidley continued.

“I don’t know because I, we didn’t talk about that particular thing,” he explained, referring to the singular event that dominated the national discourse for the last two weeks of Trump’s term. “I don’t want to guess or try to put thoughts in his head, or words in his mouth. All I can do is look at what he said in real time.”

“Like, I don’t know,” he added, slightly throwing up his hands. “I don’t know if regrets anything or not.”

Watch the video above, via Showtime.