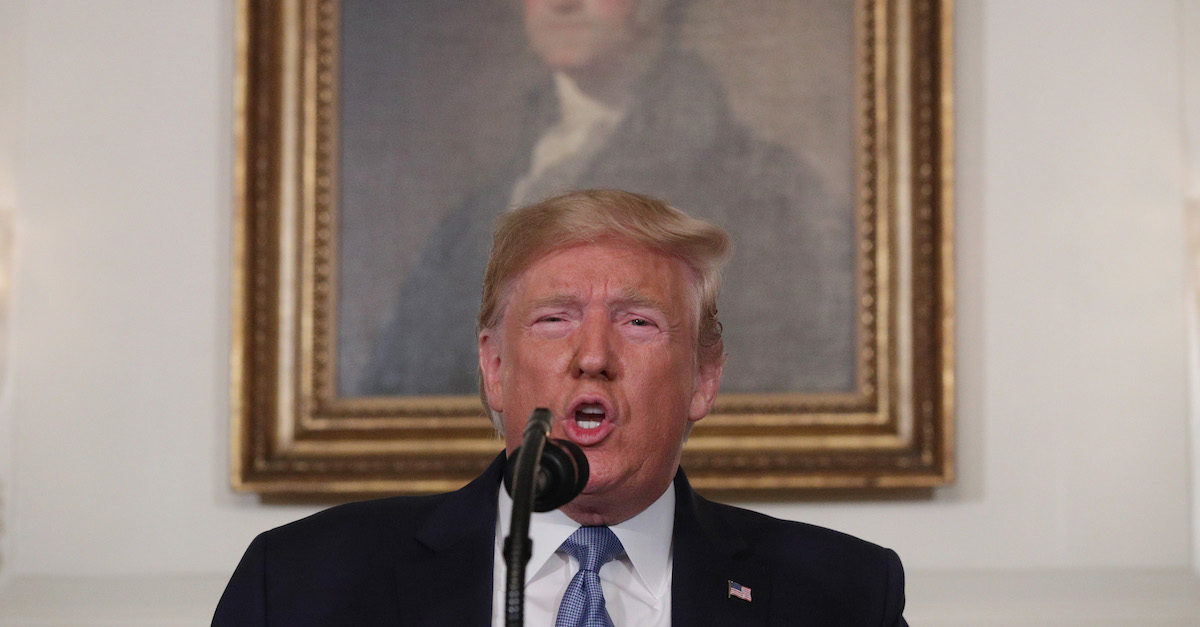 The NOAA has released a statement essentially disavowing the National Weather Service in Birmingham’s tweet that contradicted President Donald Trump’s claim that Dorian would hit Alabama.

“The Birmingham National Weather Service’s Sunday morning tweet spoke in absolute terms that were inconsistent with probabilities from the best forecast products available at the time,” the statement reads.

Soon after the unsigned statement was released, Trump tweeted out another video attacking CNN by playing a week-old weather broadcast from the network.

Trump has continually doubled down on efforts to prove that he was not mistaken when he said Alabama would be impacted by Hurricane Dorian about a week ago. He has seemingly become obsessed with proving that he wasn’t wrong, even apparently doctoring a map to support his prediction.

A number of Twitter users were astounded by Trump’s apparent use of the NOAA to save face, and warned it could mean people lose trust in weather services.

Meanwhile: An actual hurricane is hitting the US and the Bahamas can’t even fully assess the damage.

This whole thing is going to create a new precedent for weather communication, and it may not be a good one. https://t.co/kw1FBjgqrI

The tweet from NWS Birmingham was spot on and accurate. If they are coming after them, they might as well come after me. How in the world has it come to this? https://t.co/73376v7Zpj

An official government agency now joining in. Reminiscent of Trump efforts (albeit unsuccessful) to press Parks officials to back up his inaugural crowd claim https://t.co/iQfDjeEhSh

The story is Trump’s broader corruption of the government. The pattern is damning: https://t.co/sx8X4V5QEq

The backstory of Trump ordering up this statement is going to be something https://t.co/G8eWQpDyLL

Only @realDonaldTrump can turn meteorologists against meteorologists. Delicate Don’s eggshell ego is what you’d expect of the President … of an elementary school class. https://t.co/ecd7qkWkL4

Should be some interesting FOIA emails there. https://t.co/9Wpzsih9Bh