Did Trump Doctor a Hurricane Map With Sharpie to Prove His False Prediction That Dorian Could Hit Alabama?

Did Trump Doctor a Hurricane Map With Sharpie to Prove His False Prediction That Dorian Could Hit Alabama? 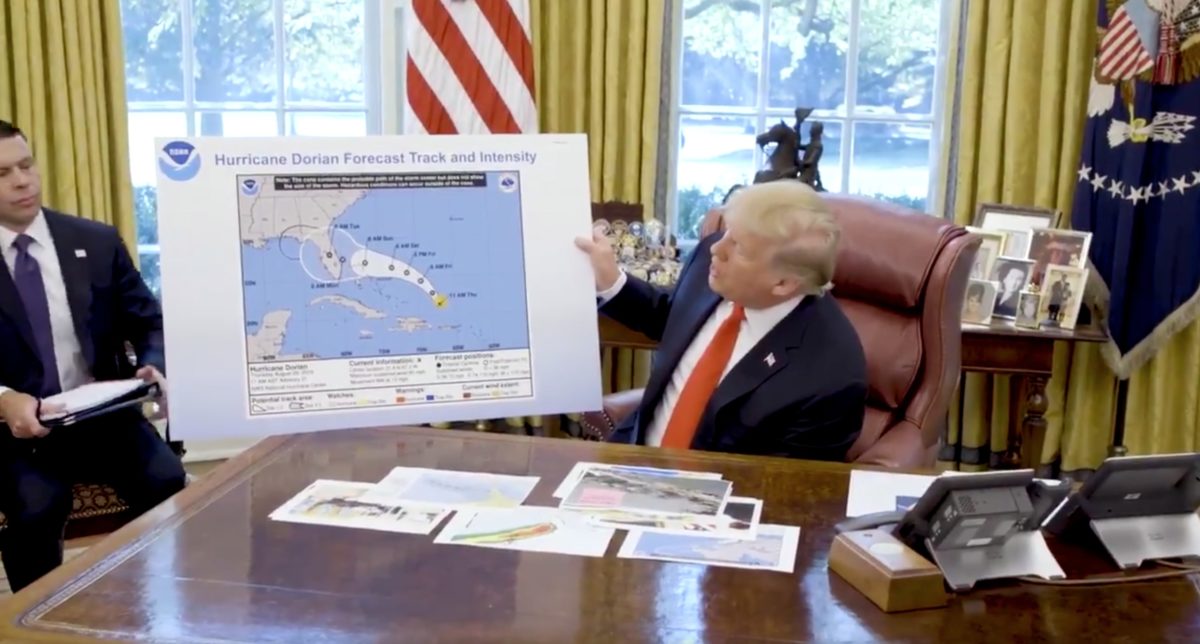 While warning of Hurricane Dorian, President Donald Trump today displayed a NOAA map that appeared to be doctored to line up with his proclamation that Hurricane Dorian could hit Alabama.

According to still frames, there is an apparently-drawn on cone that purports to show Dorian hitting Alabama in the forecast – but it isn’t apart of the National Oceanic and Atmospheric Administration’s map on its website.

Here is the NOAA forecast map: 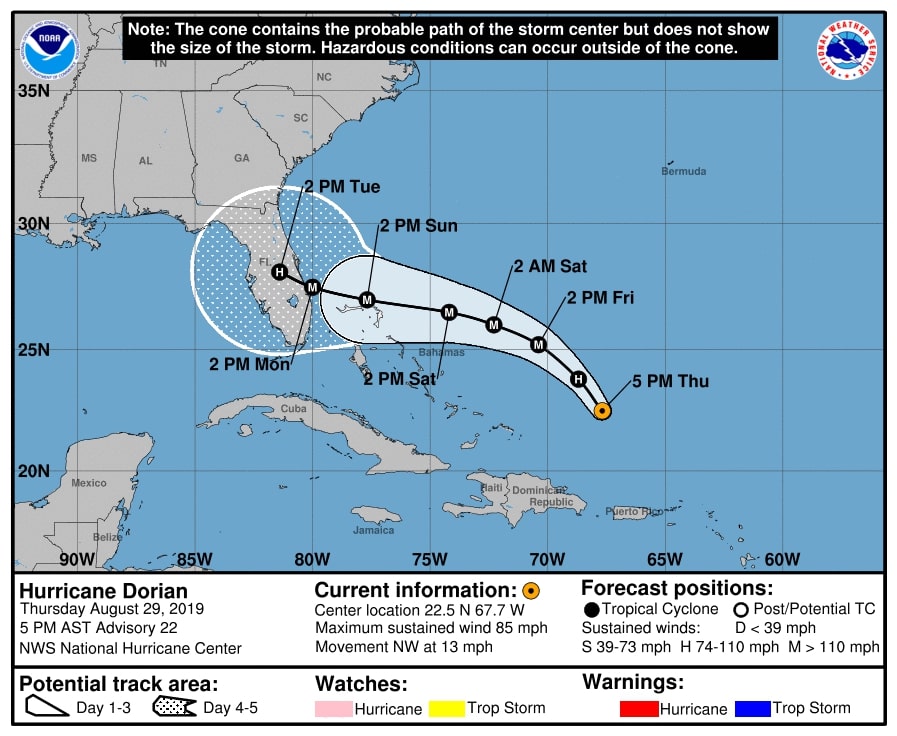 And here is the map Trump displayed: 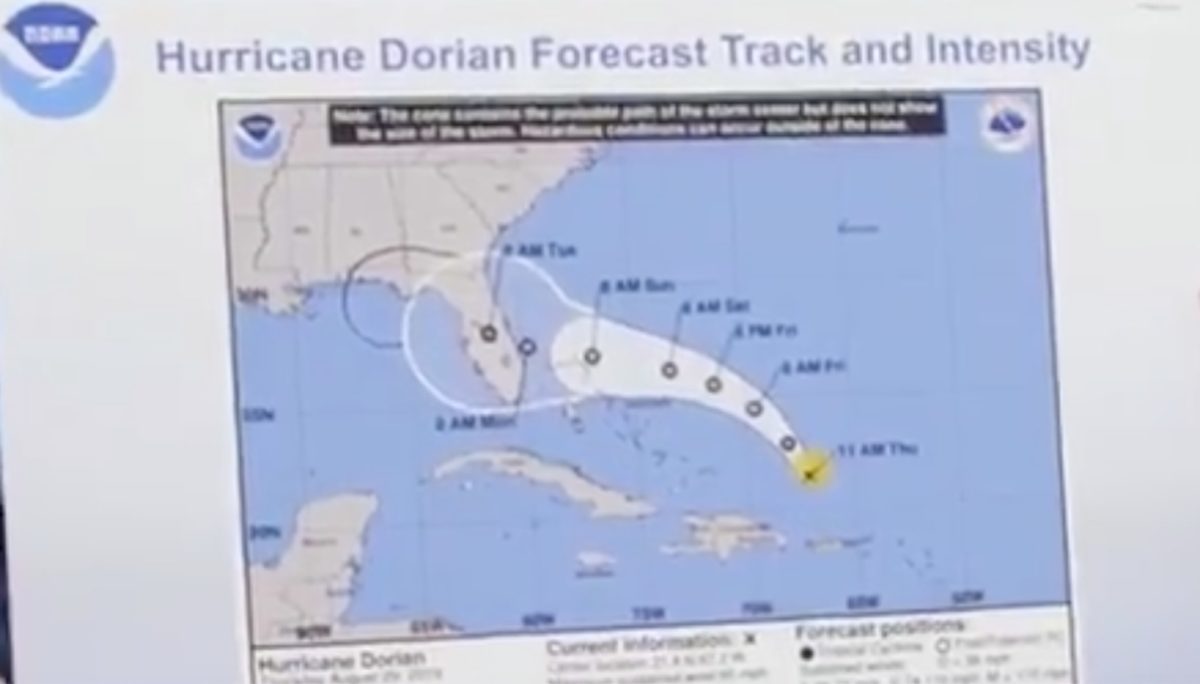 It appears that someone simply drew on the map displayed by Trump to make it appear like the storm was forecast to hit Alabama.

Trump previously got angry with ABC’s Jonathan Karl for fact-checking his assertion that Alabama could be impacted by Dorian.

Alabama will NOT see any impacts from #Dorian. We repeat, no impacts from Hurricane #Dorian will be felt across Alabama. The system will remain too far east. #alwx

The Washington Post’s David Nakamura reported that Trump dodged a question about how the map came to look like someone drew on it with Sharpie.

Reporter just asked Trump about the map: “It looked like someone took a Sharpie….”

Trump: “I don’t know. I don’t know.” (But Potus insists several times that Alabama was in the Dorian’s path despite evidence to contrary.) https://t.co/2S92ndpnB1