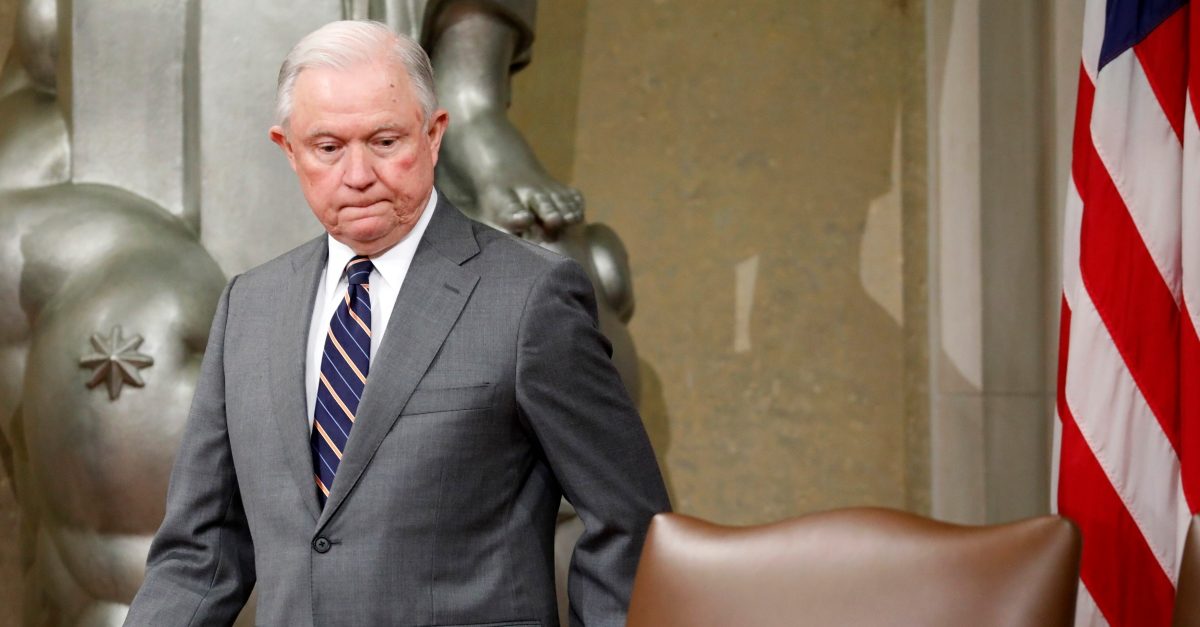 President Donald Trump, Senate Majority Leader Mitch McConnell (R-KY), and other Republicans are reportedly pushing former Attorney General Jeff Sessions not to run for Senate in 2020, despite his imminent plans to announce a bid for his old Alabama seat.

Sessions, who was the subject of Trump’s constant wrath during his tenure as the head of the Justice Department, was told by the president via a backchannel last week that he would lash out with new public attacks should Sessions choose to pursue another Senate run, per a report by the New York Times.

The president still harbors immense disdain for Sessions, who he has frequently blamed for the Russia probe after he recused himself on the matter. While many Republicans assumed Trump’s opposition would dissuade the former attorney general, Sessions, who held the seat for two decades prior to being tapped for Trump’s DOJ job, is expected to announce on Thursday night and is also slated to appear on Tucker Carlson’s Fox News show.

McConnell has privately opposed Sessions’ plans as well, as he has voiced concerns about too many Republicans entering the race, which could lead to a repeat of the 2017 special Alabama Senate election — when accused sexual predator Roy Moore secured the GOP nomination but lost to Sen. Doug Jones (D-AL) in the traditionally red state. This is an especially pressing concern, given that Moore, a former state justice, announced over the summer that he was mounting another Alabama Senate run.

Jeff Sessions returning to the Senate is a terrible idea.