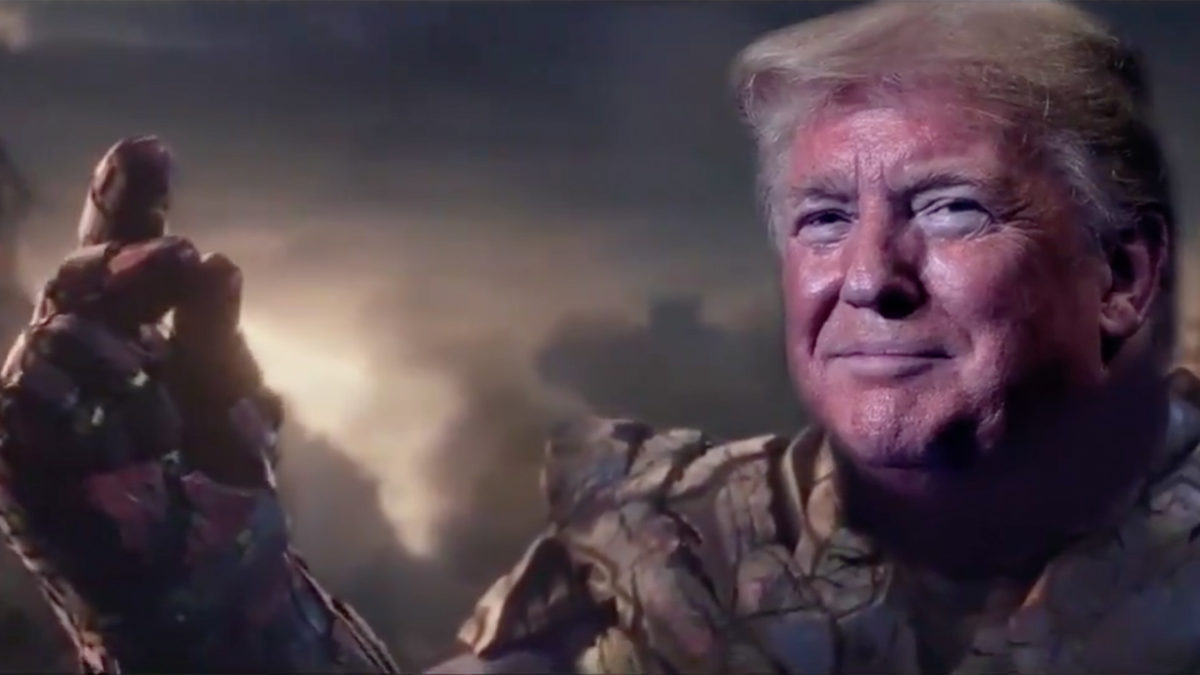 (Spoilers for Avengers: Infinity War and Avengers: Endgame in this post)

Thanos, for the unfamiliar, is the main antagonist of Avengers: Infinity War and Avengers: Endgame. His goal is to collect all of the Infinity Stones, because once he does he can snap his fingers and wipe out half the population of the entire universe.

In Infinity War, he actually wins and the movie ends with half of the heroes being wiped out. In Endgame, his fate is… well, the general fate of most comic book bad guys.

The Trump War Room Twitter account shared the video depicting POTUS as Thanos from Endgame in which the villain, thinking he’s finally won, declares, “I am inevitable.” Trump/Thanos snaps his fingers and the Democratic leadership is completely wiped out.

House Democrats can push their sham impeachment all they want.

If you haven’t seen Endgame and are wondering how the scene plays out, Thanos’ snap doesn’t work and Iron Man defeats him.