All The Craziest Highlights From James Comey’s Stunning First Interview

All The Craziest Highlights From James Comey’s Stunning First Interview 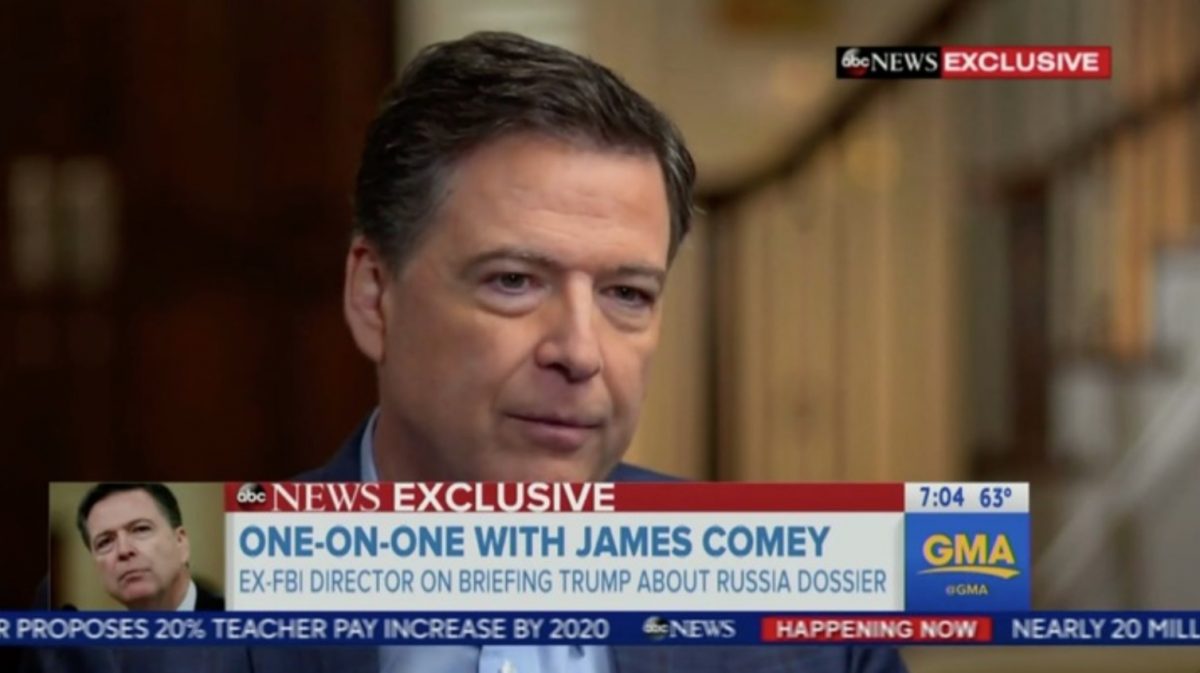 The political world turned its weary eyes to ABC News Sunday night, as James Comey sat down with George Stephanopoulos for a tell-all interview about his experience with — and firing by — President Donald Trump.

Comey, who is on a media tour ahead of the release of his memoirs, dished on a number of topics from his controversial reopening of the Clinton investigation to the possibility that the “pee tape” exists.

Here are the highlights:

“He looked slightly orange up close with small white half-moons under his eyes, which I assume are from tanning goggles.”

“How strange is it for you to sit here and compare the president to a mob boss?” Stephanopoulos asked.

“Very strange,” Comey replied. “And I don’t do it lightly.”

Trump gets “defensive” over his alleged consorting with hookers, Comey declines to confirm or deny the existence of the pee tape

“Do I look like a guy who needs hookers?” Trump said, according to Comey.

“I honestly never thought these words would come out of my mouth, but I don’t know whether the current President of the United States was with prostitutes peeing on each other in Moscow in 2013,” Comey added. “It’s possible, but I don’t know.”

Comey says after he sent letter announcing the re-opening of Clinton investigation, “it sucked,” and he was “vaguely sick to my stomach.”

“It sucked,” Comey explained. “I walked around vaguely sick to my stomach, feeling beaten down. I felt like I was totally alone, that everybody hated me. And that there wasn’t a way out because it really was the right thing to do.”

“[Trump said] his inauguration crowd was bigger than that at Barack Obama’s first inauguration. That’s just not true. That’s not a perspective, that’s not a view, that’s just a lie. And yet he would say it.”

“Possibly,” Comey said. “I mean, it’s certainly some evidence of obstruction of justice.”

“I drank red wine from a paper coffee cup and just looked out at the lights of the country I love so much as we flew home.”

Comey says “it’s possible” that the Russians have compromised Trump

“Do you think the Russians have something on Donald Trump?” Stephanopoulos asked.

“I think it’s possible,” Comey replied. “I don’t know. These are more words I never thought I’d utter about a President of the United States, but it’s possible.

“That’s stunning. You can’t say for certain that the President of the United States is not compromised by the Russians?” Stephanopoulos pressed.

“It is stunning and I wish I wasn’t saying it, but it’s the truth,” Comey replied.