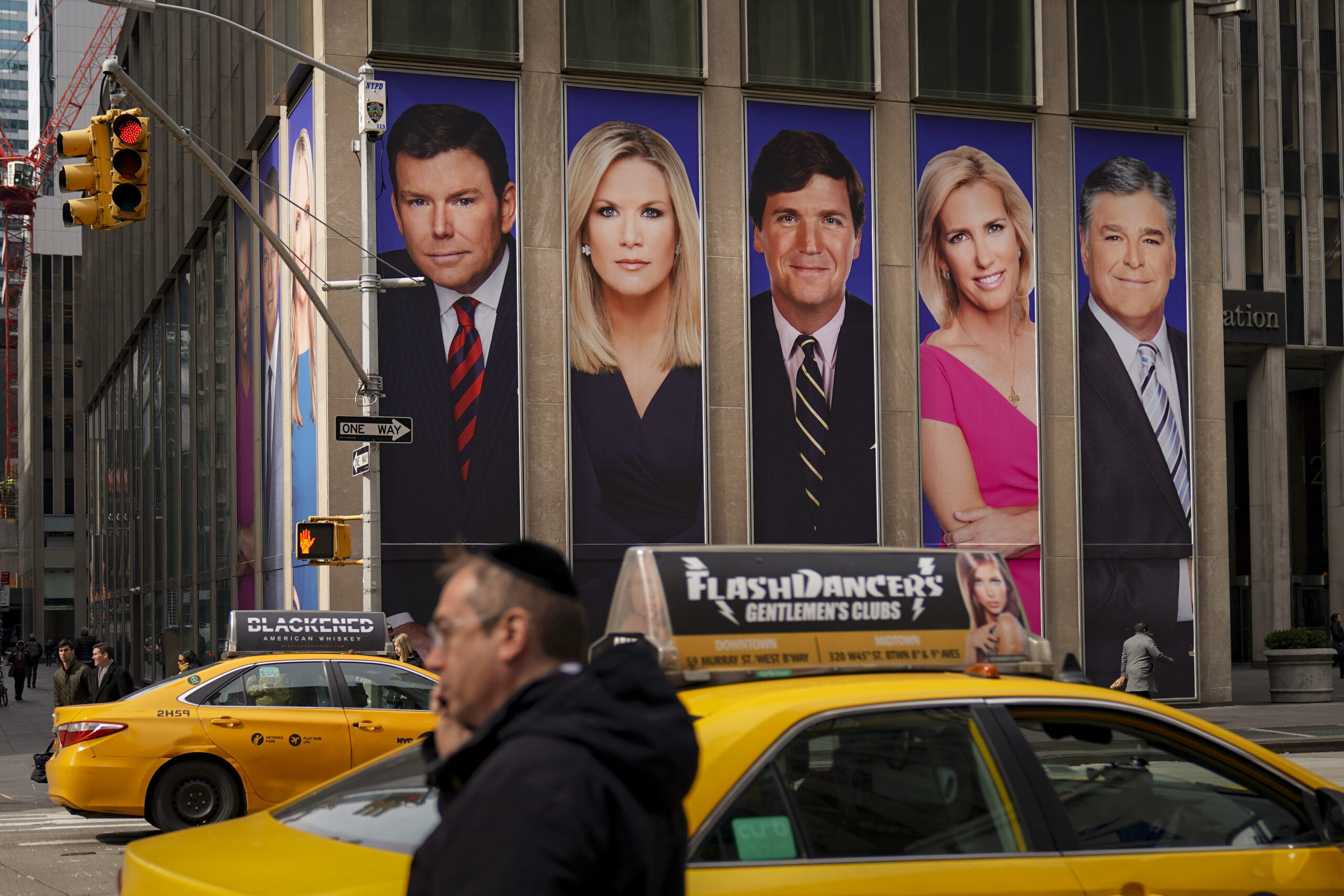 Fox News announced in a press release this week that the company has earned designation as a 2020 Great Place to Work-Certified business for the first time in its history. In an internal memo that talks about that certification, CEO Suzanne Scott calls Fox News “the only news organization to spotlight a diversity of voices and viewpoints across all of our platforms.”

“We are extraordinarily proud,” Scott is quoted in the press release about the designation, calling it “an extremely special honor and incredibly meaningful for us.”

The press release included details on the results of the process, saying that “employee feedback through the Great Place to Work survey confirmed that over 80% of FOX News Media employees believe that the company gives people a lot of responsibility (85%), access to resources (82%) and encourages work/life balance (86%).”

In an internal memo obtained by Mediaite, Scott addresses employees on the subject of that designation, as well as the general progress and accomplishments of the company.

“We continue to be the only news organization to spotlight a diversity of voices and viewpoints across all of our platforms,” says Scott. “Our amazing team of journalists have masterfully covered the biggest stories of our time while our opinion hosts have contributed valuable insights in analyzing an incredible news cycle.”

Scott then reveals the Great Place to Work news, a designation that is given only through a two-week process involving confidential surveys of employees, benchmarking, and more.

“I am extremely proud to announce that FOX News Media has been designated as one of the 2020 Great Place to Work-Certified businesses,” reads the memo from Scott. “Using the confidential company-wide survey issued last month, validated employee feedback showed that nearly eight out of 10 employees consider FOX News Media a great place to work.”

“Employee feedback through the survey confirmed that over 80% of FOX News Media employees believe that the company gives people a lot of responsibility, access to resources and encourages work/life balance,” she writes.

“It has truly been awe-inspiring working alongside so many of you here in the office since the start of the pandemic, as well as watching the majority of our team transition to remote workspaces without missing a beat,” said Scott in the memo, which also addressed viewership numbers and the expansion of product offerings such as Fox News Digital. “As we embark on the final weeks of the 2020 election, let’s all take a moment to congratulate each other on a truly transformative and historic year to date and officially being certified as a Great Place to Work.”

The memo (below) directed employees to the press release for more details. 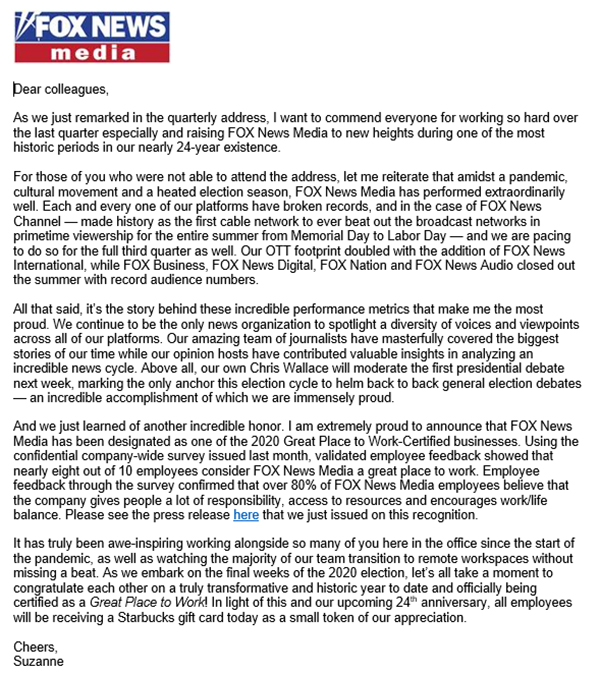