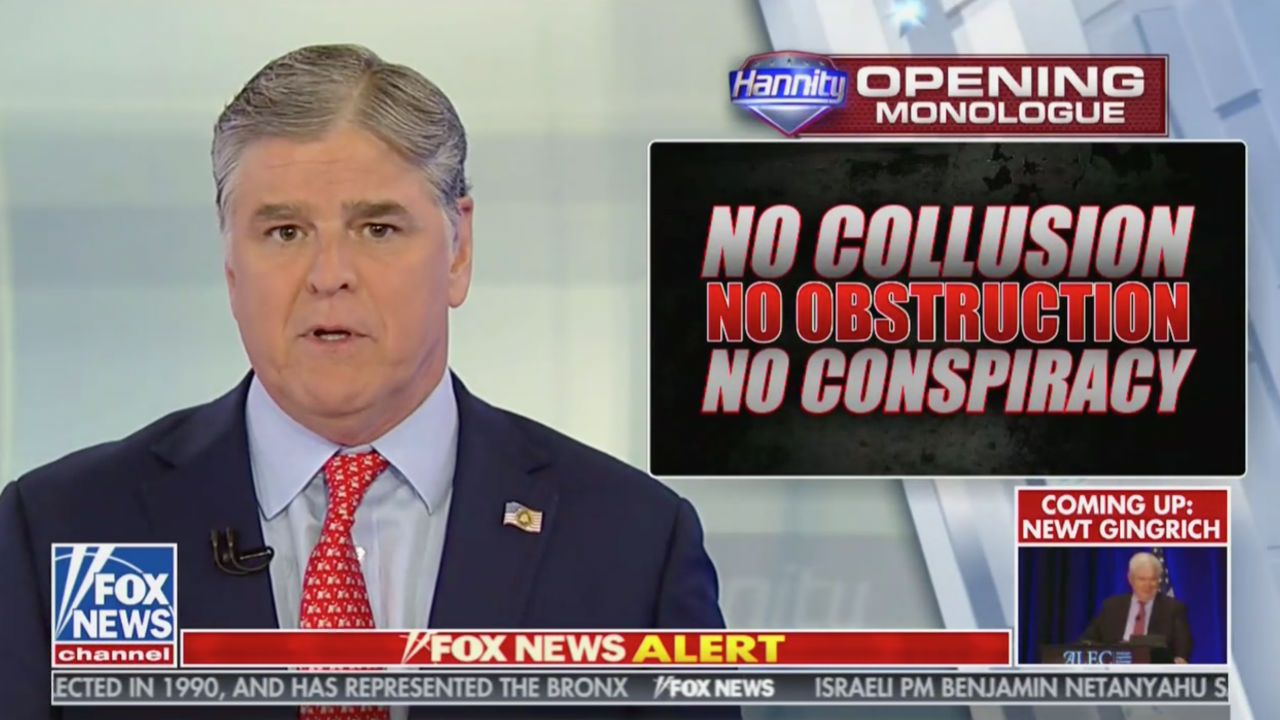 After spending the better part of two years scrutinizing every breadcrumb of the Mueller investigation, cable news’s primetime hosts took to the air Monday night to offer their takes on what we know of the results.

Fox News’s Sean Hannity, contrary to expectations, was far from ebullient, instead offering a furious condemnation of the probe and its media coverage. MSNBC’s Rachel Maddow had more than a dozen questions for AG William Barr she demanded answers to. CNN’s Chris Cuomo had a sparring match with Rudy Giuliani, the president’s victorious lawyer.

An update finally came on Sunday afternoon, when Barr submitted a summary of the report — which found no evidence of a Trump-Russia conspiracy — to Congress.