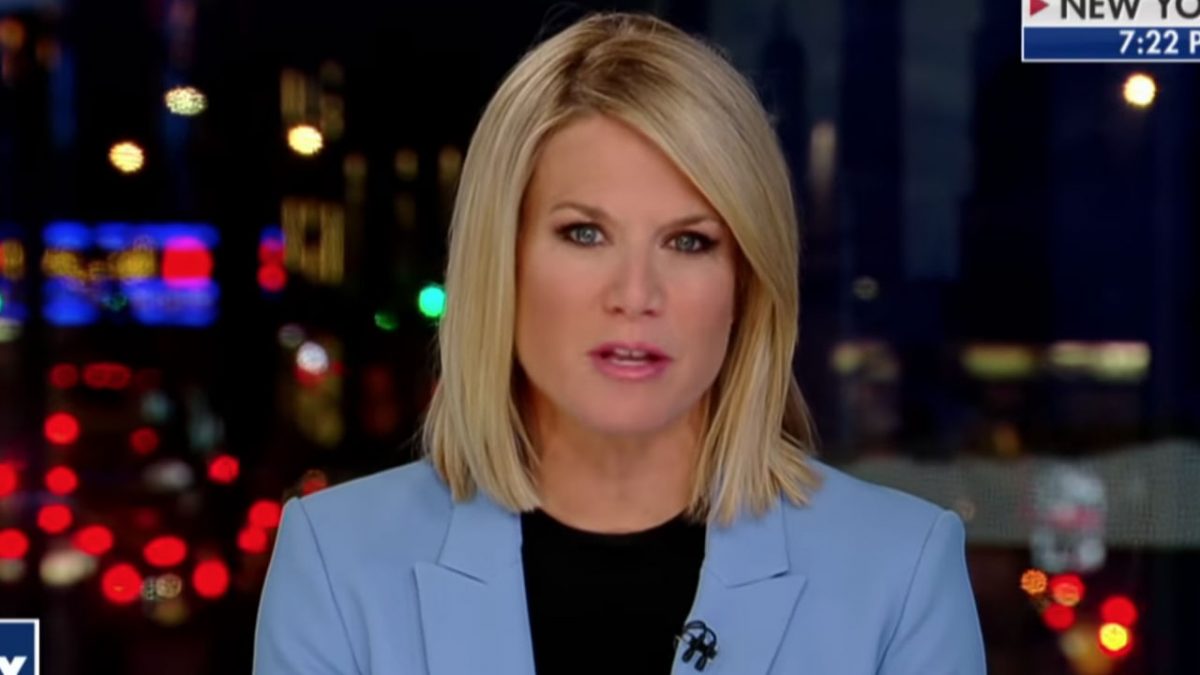 In a press release dropped Wednesday afternoon, MacCallum’s re-signing was announced by Suzanne Scott, CEO of FOX News Media and Jay Wallace, its President. “Martha is a superb journalist which is exemplified nightly by her incredibly strong interviewing skills and first-rate reporting. We are delighted to have her continue anchoring and helping lead the network’s political team for another important election cycle and many years to come.”

MacCallum anchors a news show at 7 PM, and as a visible member of the Fox News News department, she often plays a lead role in moderating debates and/or townhalls.

Read the full press release from Fox News below:

NEW YORK — January 8, 2020 – Martha MacCallum has signed a new multi-year deal with FOX News Channel (FNC) where she will continue as anchor of The Story with Martha MacCallum (weeknights at 7PM/ET) and executive editor of the primetime program, announced Suzanne Scott, CEO of FOX News Media and Jay Wallace, its President. Additionally, Ms. MacCallum will continue to co-anchor all of the network’s election and special event political coverage alongside Special Report’s Bret Baier.

In making the joint announcement, Ms. Scott and Mr. Wallace said, “Martha is a superb journalist which is exemplified nightly by her incredibly strong interviewing skills and first-rate reporting. We are delighted to have her continue anchoring and helping lead the network’s political team for another important election cycle and many years to come.”

Ms. MacCallum added, “Each night, it is a privilege and an honor to connect with FOX News Channel’s millions of viewers at 7PM. With the election year in full swing, I couldn’t be more thrilled to continue anchoring with our great team, at the network that has afforded me invaluable experiences over the past 15 years. I’m grateful to Suzanne Scott, Jay Wallace and Lachlan Murdoch and Rupert Murdoch for their continued confidence in me.”

For the last three years, The Story with Martha MacCallum has been the number one cable news program at 7PM/ET in both total viewers and the coveted 25-54 demographic, according to Nielsen Media Research. Previously, MacCallum was the anchor of FNC’s The First 100 Days, which chronicled the beginning of President Donald Trump’s administration, a prelude to launching The Story and taking over the 7PM timeslot in 2017. Prior to joining the early primetime lineup, she served as co-anchor of America’s Newsroom (weekdays 9-11AM/ET) alongside Bill Hemmer from 2010 to 2017.

Ms. MacCallum notably co-anchored live coverage of the 2018 election which marked the highest-rated midterm election coverage in cable news history with total viewers, topping all of broadcast and cable news, according to Nielsen Media Research. Earlier that year, she also landed an exclusive joint interview with then-Supreme Court nominee and now Justice Brett Kavanaugh and his wife Ashley Estes Kavanaugh. During that interview, in which MacCallum received widespread praise, Kavanaugh addressed the multiple allegations of sexual misconduct he was up against.

During the 2016 election season, Ms. MacCallum co-moderated two Republican presidential primary debates alongside anchor Bill Hemmer in Des Moines, IA and Cleveland, OH with the latter delivering 6.1 million viewers and 1.2 million viewers in the 25-54 key demo. As part of the network’s political team, she has also covered multiple State of the Union addresses, the 75th anniversary of D-Day and earlier in her career, served as the lead reporter on exit poll data and key voting trends. She was also FNC’s lead anchor in London for the 2011 Royal Wedding and the birth of the Duke and Duchess of Cambridge’s first child in 2013.

Ms. MacCallum will release her first book, “Unknown Valor,” this February, in honor of the 75th Anniversary of the World War II battle at Iwo Jima. The book, which pays tribute to the Marines who fought in the battle, includes Ms. MacCallum’s primary research from Guam to Iwo Jima and first-hand interviews with the veterans who served.

Prior to FNC, Ms. MacCallum held a variety of positions at NBC News from 1997 to 2003. She was co-anchor of CNBC’s Morning Call and was the anchor of CNBC’s Checkpoint, an evening news program focusing on the war on terror and the Iraq War. In 1997 and 2003, she was the recipient of the American Women in Radio and Television award for her reporting while at NBC News. Before joining CNBC, Ms. MacCallum was an anchor and reporter for WBIS-TV (ION-31), a sports and business network in New York in 1996. Prior to that, she was a business correspondent at Wall Street Journal Television where she anchored The Wall Street Journal Report, World Market Outlook and Business USA from 1991-1996. She began her career as a reporter for Corporate Finance magazine.

FOX News Channel (FNC) is a 24-hour all-encompassing news service delivering breaking news as well as political and business news. The number one network in cable, FNC is a unit of FOX News Media and has been the most watched television news channel for more than 17 consecutive years. According to a 2019 Suffolk University poll, FOX News is the most trusted source for television news or commentary in the country, while a 2019 Brand Keys Emotion Engagement Brand Analysis survey found that FOX News was the most trusted cable news brand. A 2019 Morning Consult poll reported FOX News as the most-watched cable channel among independents in the county. Owned by FOX Corporation, FNC is available in nearly 90 million homes and dominates the cable news landscape, routinely notching the top ten programs in the genre.