Mike Lee Mocks Green New Deal on Senate Floor With Pictures of Aquaman, a Tauntaun, and Reagan Riding a Dinosaur

Lee said he would talk about the Green New Deal “with the seriousness it deserves” before teeing up “a picture of former President Ronald Reagan, naturally firing a machine gun while riding on the back of a dinosaur.” 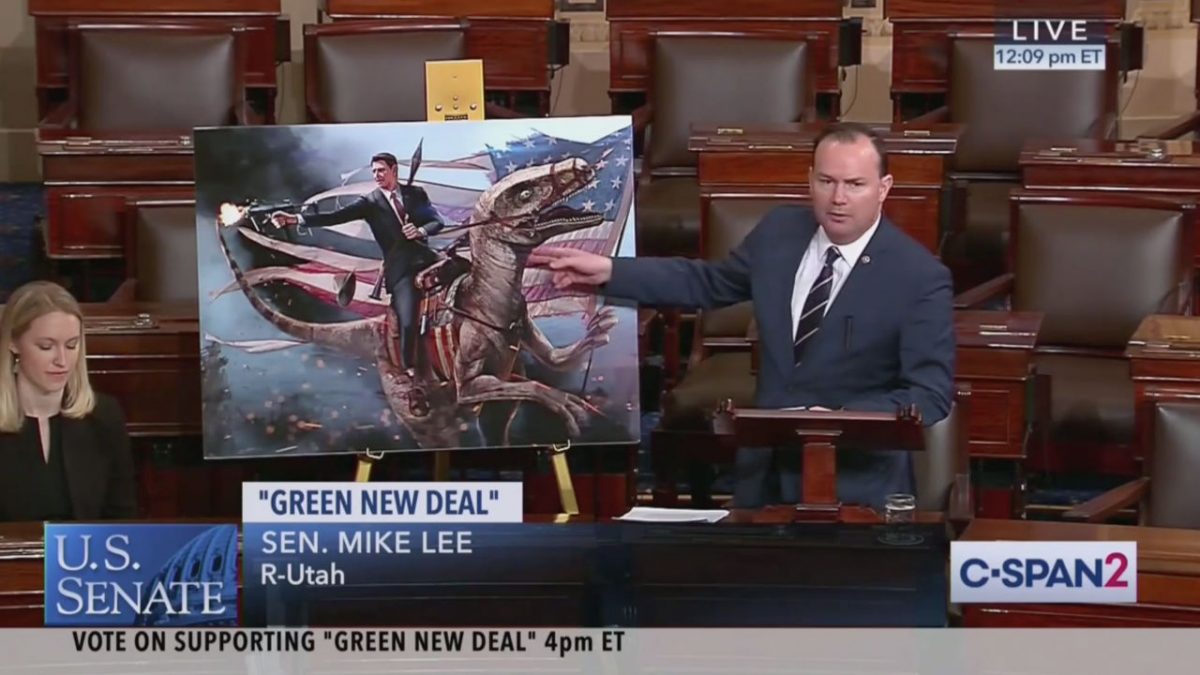 And that was only just the beginning, before he showed off more visuals, including Luke Skywalker riding a Tauntaun and Aquaman riding a seahorse. 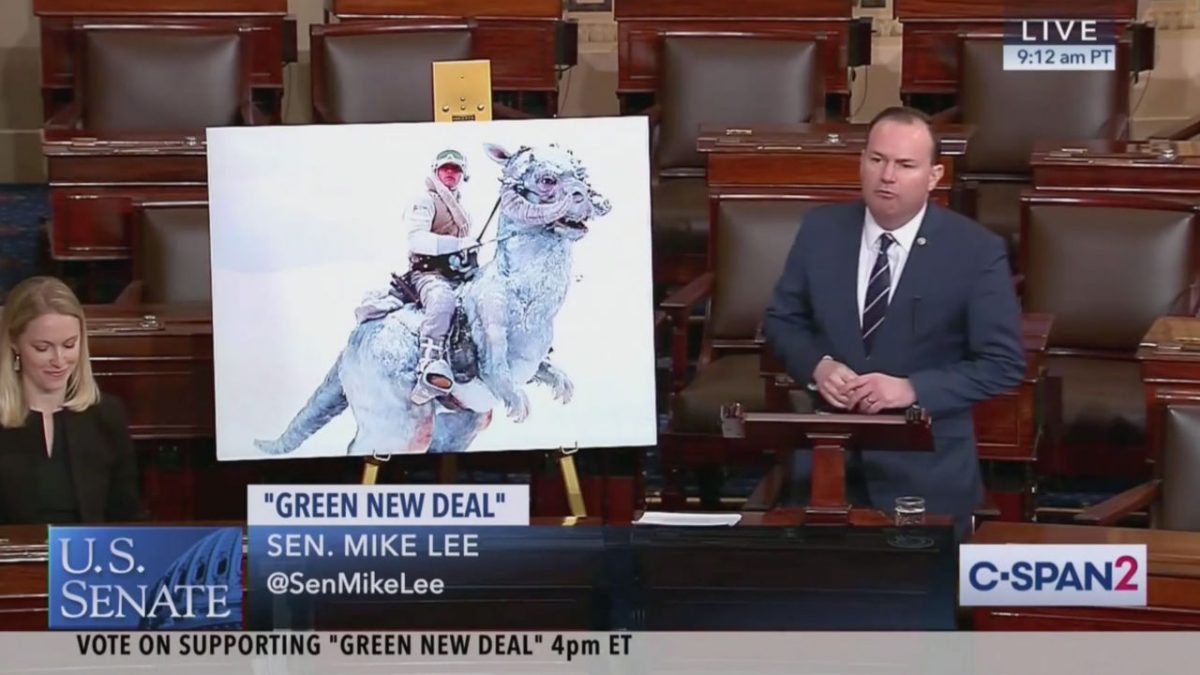 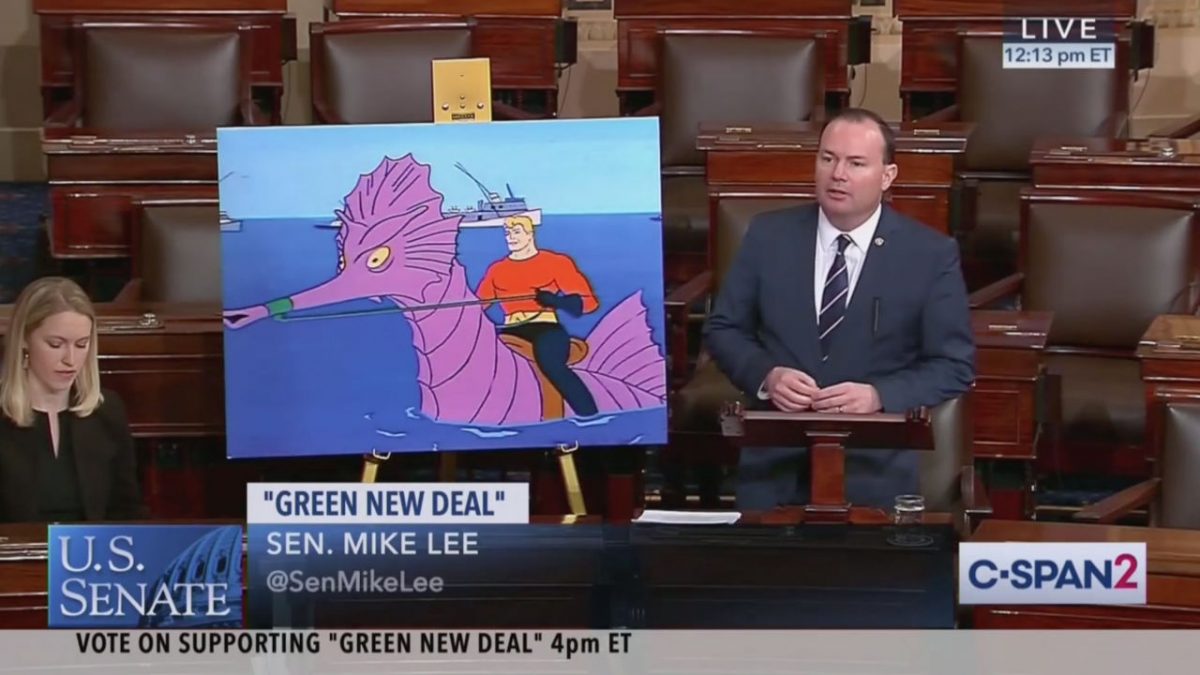 Lee also made a mocking reference to Sharknado before saying, “Climate change is no joke, but the Green New Deal is a joke. It is the legislative equivalent of Austin Powers’ Dr. Evil demanding sharks with frickin’ lasers on their heads.”

After Lee’s speech got some attention on Twitter, both Congresswoman Alexandria Ocasio-Cortez (D-NY) and Mark Hamill responded:

GOP Senators are using their Congressional allowances to print Aquaman posters for themselves to argue that a #GreenNewDeal saving our nation from climate change is a ‘waste of money’ ? https://t.co/iMNY0dJmCy

Like many other women + working people, I occasionally suffer from impostor syndrome: those small moments, especially on hard days, where you wonder if the haters are right.

But then they do things like this to clear it right up.

If this guy can be Senator, you can do anything. https://t.co/vU4ChbTnnr

I was foolish to think this was photoshopped. Had I recognized that this guy was a Republican, I would have instantly realized this was his argument against Global Warming. ❄️?️☃️ #CongressSmellsBadOnTheInside https://t.co/Ofbk1h7GxM

You can watch Lee’s speech above, via C-SPAN 2.