No, Mr. President, the FBI Raid on Your Personal Lawyer Was NOT an ‘Attack on Our Country’ 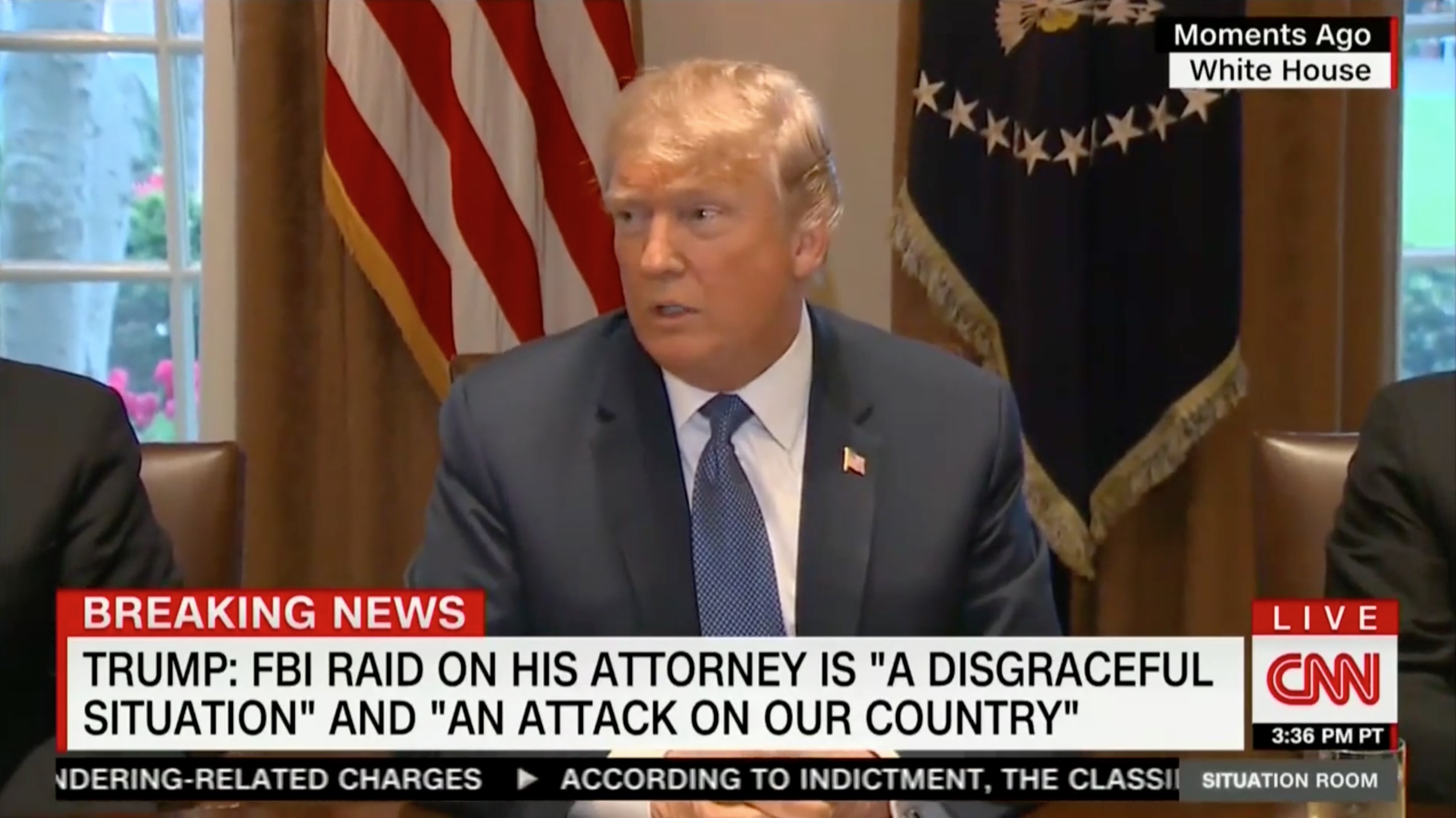 The FBI raid on President Donald Trump’s personal attorney — approved by multiple law enforcement agencies, including some from of his own administration — was clearly NOT an “attack on our country,” in contradiction to the president’s bizarre statement today. And for Trump to claim that it was an “attack on our country” was completely morally outrageous, and perhaps the best indication yet that he knows he is in some sort of serious legal trouble.

If someone (other than a member of Trump’s “Cult 45”) knew absolutely nothing of the details of the special counsel’s investigation into the Trump campaign, and only watched the president’s bizarre “press conference” in reaction to the news of the raid on Michael Cohen, I would like to believe that they would already have grave suspicions about Trump’s guilt. In fact, I can’t think of anything Trump would have done differently if we knew for certain that he is facing legal peril.

Here’s a partial list of all the things that Trump said that are far more consistent with his guilt than innocence:

There are two primary takeaways from this breathtaking display of hubris and narcissism. One, Trump must know, or at least fear, that he is in potentially big legal trouble. Two, even after over a year of being president of the United States, he is still such a self-centered and truly horrible person that he is willing to say, and probably do, literally anything to salvage his own hide, even at the potential expense of our form of government.

No one who is being honest knows for sure what the future looks like from here, but it sure looks like each possible road leads to some level of darkness.