Pat Robertson Warns People Against Adopting Scary Foreign Kids: ‘You Don’t Know What Problems There Are’ 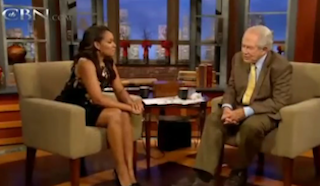 For years, religious people have been against homosexual couples adopting children. But did you know they were really just trying to protect the gays?

Apparently, that’s the case. At least it seems to be going by a recent clip of Pat Robertson on The 700 Club scoped out by Right Wing Watch.

In the clip, Robertson fielded a question from a woman who had noticed that prospective suiters were scared off by her adopted children. Not because the children were adopted, per se, but because they were foreign. Robertson’s co-host quickly responded that those men were all “dogs” because, as we all know, many breeds of canines reject foreign pups for fear that they eat weird smelling dog food or celebrate different dog holidays.

Wait. That’s not what she meant? Oh.

Well, it doesn’t matter anyway because Robertson quickly informed her that those men were not dogs of any kind but were just feeling the natural inclination not to raise children from different backgrounds because it could be all tough and stuff.

“A man doesn’t want to take on the United Nations, and this woman’s got all these various children and blended family. I mean, what is it?

You just never know what’s been done to a child before you get that child. What kind of sexual abuse it’s been, what kind of cruelty, what kind of food deprivation, et cetera, et cetera, et cetera. So you’re not a ‘dog’ ’cause you don’t want to take on that responsibility. You don’t have to take on somebody else’s problems. You really don’t. You can go help people, you can administer to them. We administer to orphans all over the world, thousands of them. We love orphans. We love helping people. But that doesn’t necessarily mean that I want to take all the orphans around the world into my home.”

Remember, men; if Angeline Jolie starts coming on to you hot and heavy, you can totally leave because her kids are too “weird.” It’s what Jesus would have done.

And as for you gay people, I speak for Pat Robertson when I say, “You’re welcome.”

Watch the video from CBN below: